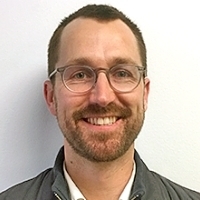 Nick served as the Chief Operating and Financial Officer at Summer Search from 2018-2022 before stepping into the Interim CEO role. Prior to joining Summer Search, Nick was Vice President of Public Policy at Citizen Schools and Executive Director of US2020, a national initiative to help close the opportunity gap in STEM education for girls, students of color, and children from low-income households. Launched by President Obama at the National Science Fair, US2020 served 22,000 students in thirteen cities, creating moments of discovery for the next generation of STEM professionals.

Prior to US2020, Nick served as COO at Juma Ventures, an award-winning social enterprise that provides employment and workforce development training to low-income students. During his tenure, Nick led fund development efforts to scale Juma’s model to New Orleans, New York City, San Diego, Santa Clara and Seattle, more than doubling the agency’s annual budget and quadrupling the size of Juma’s youth workforce. Before Juma, Nick served as Managing Director of the Arusha Project, a microfinance institution based in East Africa. His development background includes national political campaigns and public arts projects. He has served on the Education Committee at Opportunity Nation, the Governance Committee at Voices for National Service, and the K–12 Policy Committee at the Center for American Progress. Nick graduated from the University of California, Berkeley.