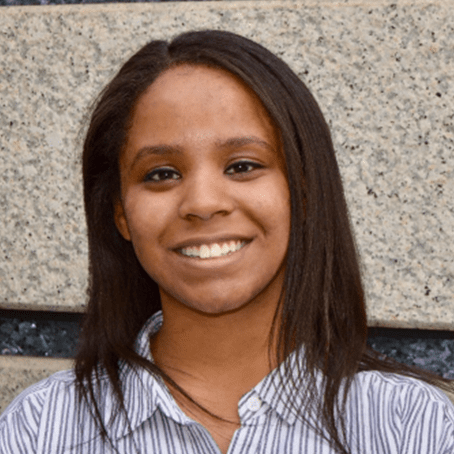 Jada passionately believes that all students regardless of their demographic or socio-economic background should have access to the tools and opportunities needed to succeed. Interested in building on this passion Jada was drawn to Summer Search. Prior to joining the organization, she worked at several non-profits. One of those nonprofits was City Year, in which she mentored, tutored, and ran an after- school program for elementary school students during the year-long program.

Jada graduated from Penn State University (We Are!) where she earned her BA in Political Science and History with a minor in Spanish. She is a lifelong New England Patriots fan, who loves rock climbing, MTV reality shows, and exploring the multifarious neighborhoods of New York City where she calls home.