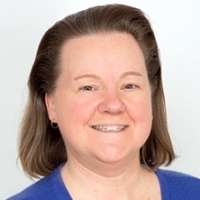 Shelby grew up in a household that fostered a passion for politics and social awareness. This interest, strengthened by working with youth during her high school and college years, led her to develop a strong belief in education and social justice. Prior to moving to San Francisco in 2008 to join the Summer Search National team, Shelby spent six years at the Western Divisional Headquarters of The Salvation Army in Omaha, Nebraska. It was here that she first worked in development and began her career in data management.

In her role as the Senior Development Database Administrator, Shelby leads the overarching strategy and optimization of Summer Search’s development data. She supports all development staff to increasingly leverage the database to improve fundraising strategy and donor stewardship.

In 2013, Shelby was among the very first users to become Blackbaud Certified in The Raiser’s Edge (bCRE) and now holds a Professional level certification.

Shelby is a graduate of the University of Nebraska-Lincoln, where she majored in English with minors in Biology, History and Political Science. She also holds an A.A. in Web Support Technology. Outside of the office, she can often be found cheering for Nebraska football (Go Huskers!), experimenting with vegan cooking, enjoying all of San Francisco’s best concert venues, or exploring Golden Gate Park with her bull terrier, Penny.