Speaking Up in Philly

Our mission is to help our students become college-educated leaders who give back to their families and communities. That means every Summer Searcher is a leader, and their leadership can take many forms.

One way they can lead is by speaking up, by lending their voices to issues that are important to them, no matter how difficult, uncomfortable or emotional.

Recently, two Philadelphia Summer Searchers had opportunities to do just that, to speak up and be vocal and visible leaders in their community. 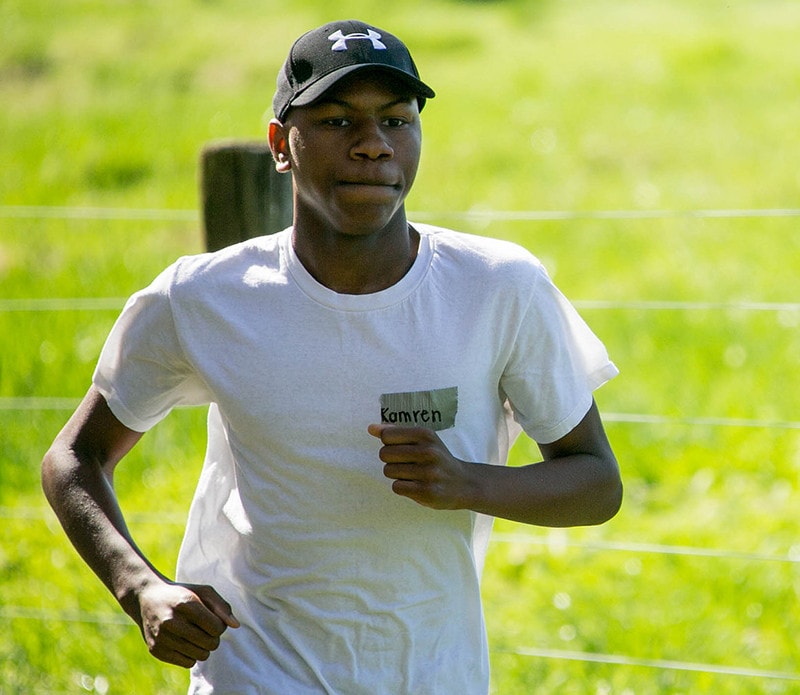 When Kamren was eight years old, his hair started falling out. Eventually, he would be diagnosed with alopecia universalis, a condition that leads to hair loss.

At the time, he was attending a predominantly white school, a place where he already felt out of place, and this only amplified his feelings of isolation and marginalization.

However, just a few months ago at an event in Philadelphia in front of a crowd of more than 400 people, Kamren shared this emotional poem he had written about his initial struggle with, and eventual acceptance of, his alopecia.

My hair fell out

like the leaves did
during the Fall and Winter months

no regrowth, no blooming, just dry

there was an oasis

hidden inside of this wasteland

waiting to help me grow

The event was called Beyond Expectations and served as a platform for young men of color to promote mental-health awareness, and to take control over their image and narrative.

Kamren, who is entering his senior year of high school at Boys Latin of Philadelphia, was one of seven young men selected to speak in front of hundreds of students, government officials and even Philly native Bryshere Gray from the television show Empire. 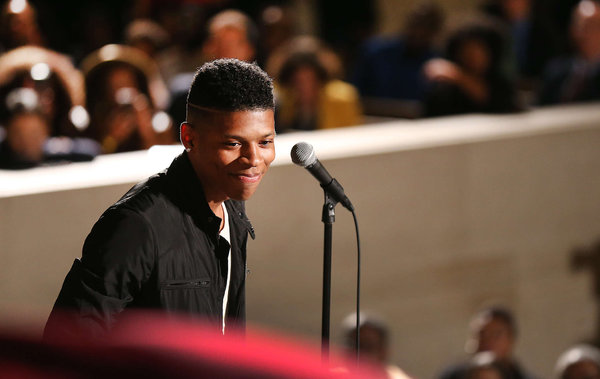 TV star Bryshere Gray sharing his own story at the Beyond Expectations event. Photo courtesy of Philly.com.

Kamren later spoke about the emotions he felt while sharing his story with so many people: “I almost broke down on stage because a certain part of my story had become a poignant moment for me.”

He took something that could have been a negative, learned from it, turned into something positive and shouted it proudly, saying that “it felt amazing to share my story with such a large group of people… I really enjoyed being able to express myself and share a story that’s shaped me to be who I am today.” 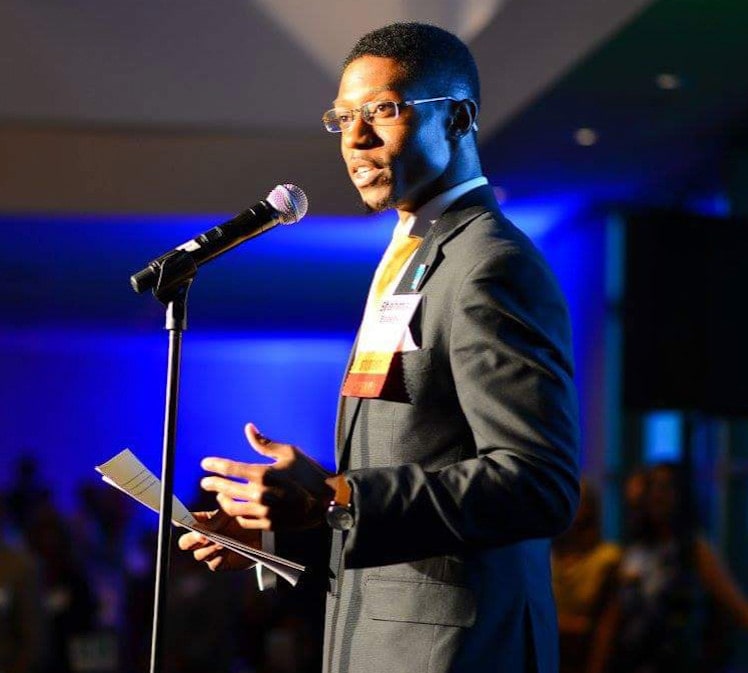 Shahmar Beasley, who also went to high school at Boys Latin and is now at Drexel University studying political science, recently gave testimony at the Special Committee on Criminal Justice Reform of the Philadelphia City Council, a topic he is very passionate about.

Despite feeling nervous about addressing the panel of council members, Shahmar spoke eloquently about a variety of reform ideas, one of which would be to provide Implicit Bias training to all criminal justice employees.

During his testimony in response to a council member’s question, Shahmar also spoke at length about how Summer Search played a big role in helping him change the narrative of his life. Without the influence of Summer Search and his family, particularly his mother, he says he might have never escaped the cycle of violence and prison that many of his neighborhood friends found themselves in.

After describing the life-changing experiences he had in the Rocky Mountains and in Nicaragua through Summer Search, Shahmar was asked by the council why he wanted to return to Philadelphia, and that same cycle of violence and prison, to give back.

Shahmar replied “many of my friends are still affected by this today… something has to be done, someone has to actually step up to the plate to cause some type of change.”

Although he was flattered by the job offer, Shahmar already had plans for the summer. As we speak, he is studying for the LSAT exam, which he will take in September before applying to law school, as he continues following his passion for social justice.

Kamren and Shahmar are just two of the many amazing young leaders that we have the honor of knowing. Stay tuned for more stories of Summer Searchers who are speaking up and standing out in their communities.

Philly mentors rappel for a cause »