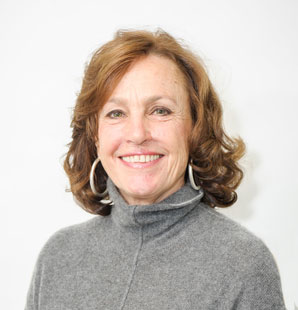 Growing up in a small, rural community my husband and I sent our children to summer programs away from home. After their freshman year of high school, each one participated in a three-week mountaineering and white-water rafting trip in Oregon.

Our middle daughter was sensitive, with an artistic side. Sandwiched between two athletic and competitive siblings, she learned early on to say, “I can’t,” and to give in to her many fears: heights, the dark, and extending herself athletically. The idea of doing any kind of wilderness program was anathema to her. We told her she had a choice: she could go voluntarily or involuntarily. She chose to go involuntarily. I still remember that angry silent drive to the airport.

She returned with a new name, “Sara Can!”

Those rigorous adventures had the intended effect, which I call, “going for hard.” By making hard choices in places where no one knew them, my children had the chance to stretch themselves and experiment with different identities, and build self-efficacy—the firm belief in their ability to succeed in challenging situations.
Because these programs were so instrumental in helping my children find their voices and embark on successful paths, I started Summer Search, a non-profit that provides similar opportunities to low-income high school students.

Twenty-five years later, thousands of these adolescents have completed summer experiential education programs and returned home more resilient and more self-assured. They too have learned that they can – that they are, indeed, strong enough to do anything.

Linda’s book Forever Changed captures the amazing true stories of courageous students who took on life-changing summer experiences to discover who they really were and what they were capable of becoming.