“By middle school, I was ashamed of speaking my native tongue. I studied English meticulously, careful to get rid of my accent. I wanted a new name, one my teachers could pronounce; as if a white name could conceal my yellow skin. I didn’t even want to identify as an Asian, forget an Asian American.”

During her second summer experience with an international program in China called Where There Be Dragons last year, Summer Search Boston student Phuong Nhat Nguyen wrote a poignant and honest blog post reflecting on the internal struggles she’s faced regarding her cultural identity as an Asian American, which she titled “Yellow (Not the Coldplay Song).” 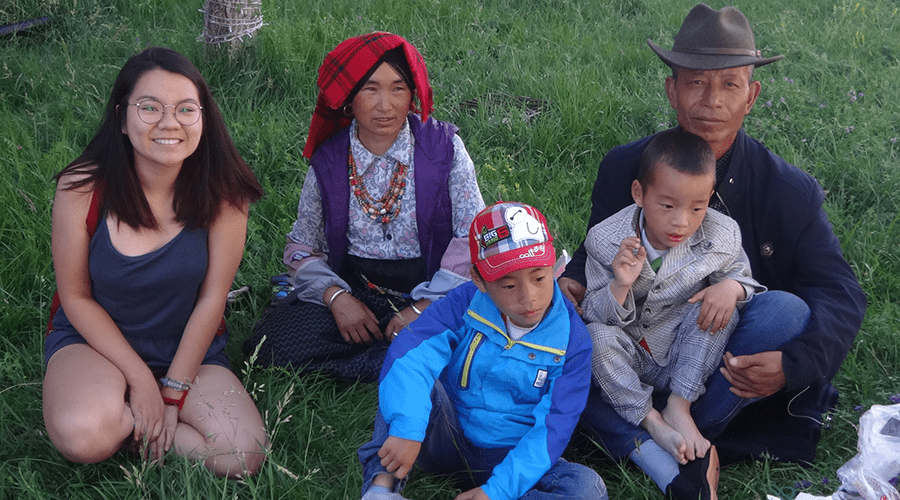 Phuong’s powerful blog post beautifully explores how during her life, as a child of immigrants, she always felt pressure to assimilate into American culture, and how by the end of her experience in China, she was able to find self-acceptance and embrace her Vietnamese heritage.

“Yellow has become the color of the flowers in my tea, the sun that shines on the hills of Lang Mu Si. One local said to me on my first day in Xīníng, ‘you cannot be an American.’ She is right. I am an Asian American.”

Read Phuong’s full post on the Where There Be Dragons blog.

We caught up with Phuong, who is now a senior at Malden High School, before the holiday break to ask her a few more questions about her very real and personal story. Here are her responses, in her own words. 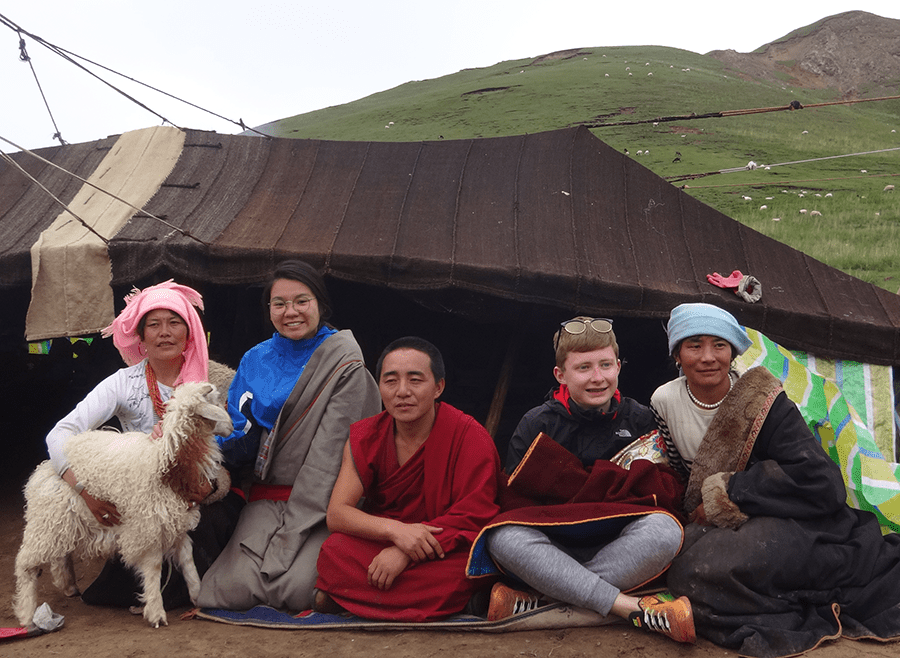 Phuong (second from the left).

Q: What inspired you to start writing?

I had always found joy in writing. Learning English was difficult, but I remember English was always my favorite subject. I had an accent when I was younger, so writing allowed me to communicate my thoughts and feelings without the smirks and sneers that were evoked when people heard me talk.

Q: What about your summer trip inspired you to write your blog post? 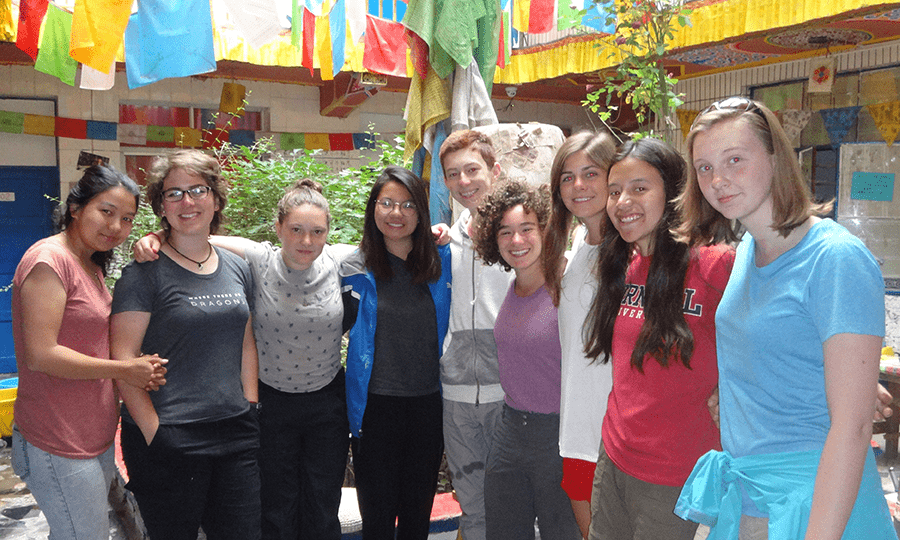 Phuong (fourth from left) and her group with Where There Be Dragons.

We were traveling in a group full of individuals that lead very different lives from me. Most came from boarding schools, a couple of them were on partial scholarships. They had summer houses in different countries, Donald Trump was a family friend of another’s, and they were all white.

As the only one of Asian descent in the group, I was always treated with less awe and more familiarity [by the locals]. Vendors would approach me first, I would get lower prices in the market, and my pronunciation was apparently more bearable.

And when I said the word I had been dying to boast about, when I said, “Měiguó,” they laughed. They said I was not American.

And I knew it was true. Or half true. I had been trying for so many years to hide the “Asian” in “Asian-American.” I had never accepted myself or my culture, but here were people who did that for me. I was so relieved to be accepted for me, for my Vietnamese name, for my ability to speak Vietnamese and Chinese, for my love for fish sauce, for my flat nose and black hair. 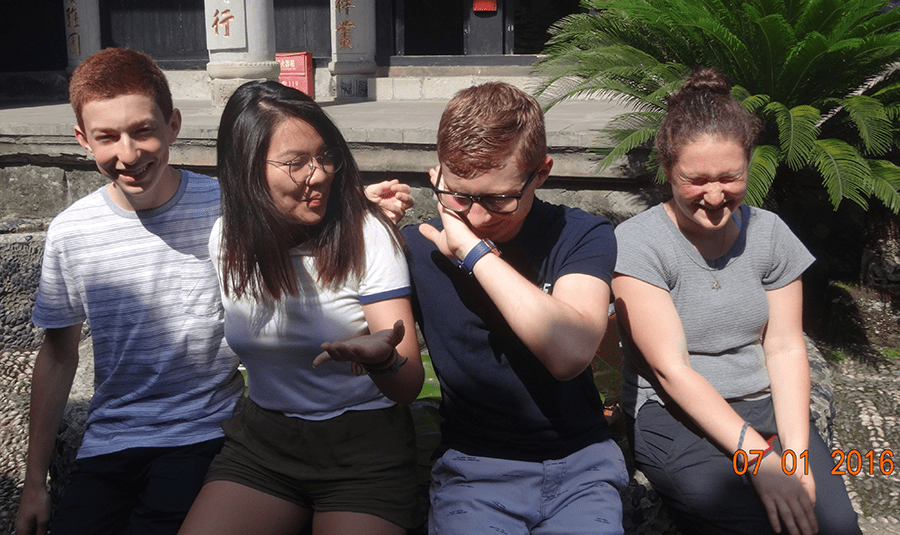 Phuong with a few of her fellow Where There Be Dragons travelers.

Q: How has your time with your Summer Search mentor helped you navigate your cultural identity?

Raw, honest writing, didn’t occur to me until high school, until Summer Search. No one had ever asked me how I felt about my identity, I had never thought to share my experiences with racism or as a person of color. I didn’t even identify as a person of color, even though society had been treating me like a POC.

I had been conditioned to tuck my Asian origins away, to paint over it with American culture. My dad always said, “be like the white people.” I would throw my lunches away because other kids said it smelled “like trash.” It was fish sauce. I never talked about it, I never gave it a second thought.

But one day, my mentor Armani called me an “Asian American,” and I was a little put-off. Asian American? Me? I speak perfect English, I don’t smell like fish sauce anymore, what made me an Asian American?

He introduced me to the “model minority” myth, where an individual of a minority demographic is expected to achieve more and work harder than everyone else. That I had greater expectations to fulfill and I should work harder because I am presumed to be capable of fulfilling said expectations. Asian Americans often face these expectations.
This myth is founded on a basis of racism and false generalizations. It has introduced me to the societal and systematic barriers I must face in this country, and simultaneously, it has fueled me to overcome these hurdles.

Yes, I was hard-working and tenacious, but these were not characteristics given to me by some lottery. This was the moment I did not want to be white, to be American. I wanted to be merited for the years of speaking into a mirror to extinguish my accent. I wanted to be recognized for the time I spent in the library reading books to broaden my vocabulary. I wanted an apology from every teacher that asked me for my nickname because a “U” next to an “O” was too hard to pronounce. I didn’t want to fulfill the “model minority” myth, I wanted to eradicate it.

Summer Search gave me that platform to reclaim my identity. Armani gave me that pat on the back for all the time I spent perfecting my English. I was recognized for my quiet struggles as an immigrant that came to America. 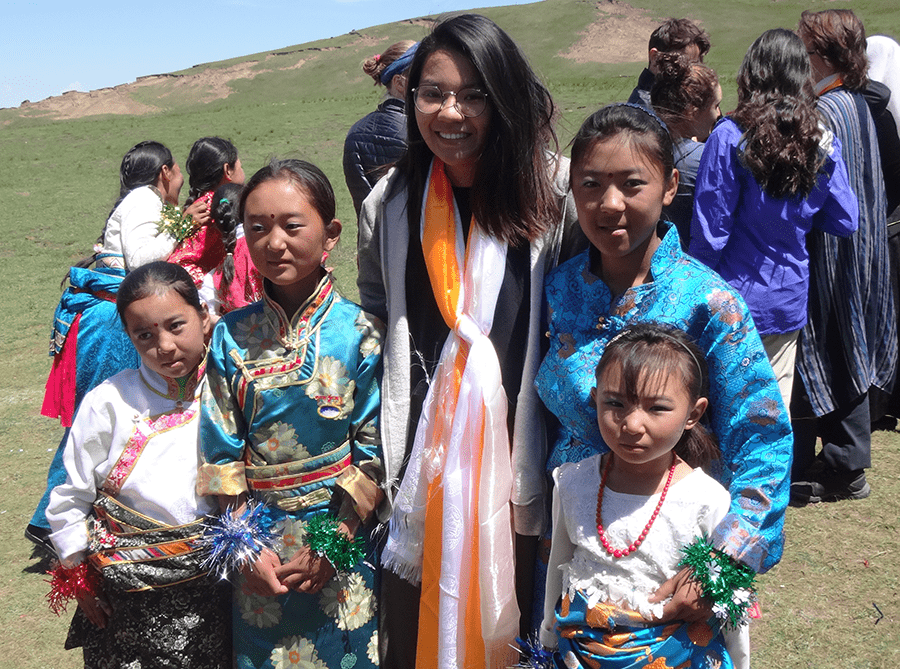 Phuong with local children in a Tibetan village.

Q: Has your perception of your identity changed since writing that piece?

I became able to speak up about my experiences since writing that piece. It was the first time I felt like I was writing for me, and people appreciated it. I was relieved.

I am so proud today.

I like the shock on people’s faces when I tell them I was born in Vietnam. I like the way their eyes widen when I speak in my native tongue. I like when they compliment my cooking of native dishes like phở or gỏi cuốn.

I am Asian-American. I was born in Hanoi, Vietnam. My name is Phuong Nhat Nguyen.

And, yes, I speak perfect English. My favorite author is Malcolm Gladwell. I like slam-poetry and musicals. I like to write poems and endearing pieces. I want to represent the immigrant and minority populations. I want to one day write a piece that makes the stigma around my people tremble and crumble. 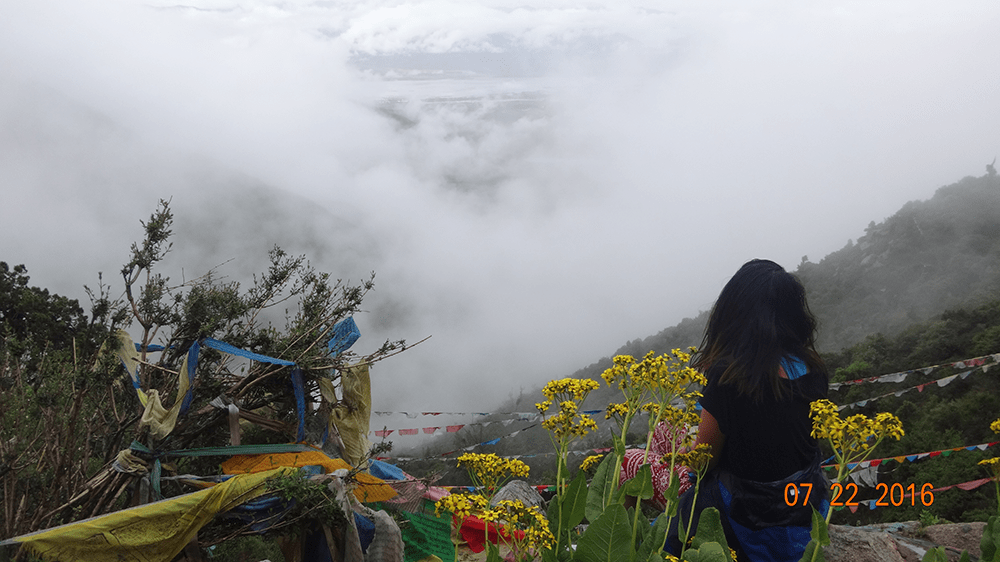 Phuong is currently on a bridge year in Ecuador with Global Citizen Year! If you would like to learn more about her time abroad, please visit her blog. You can also donate to support her efforts to fund affordable, cross-cultural education for everyone, visit her online fundraiser.