“The Stonewall Uprising sparked a dramatic shift in LGBTQ activism 51 years ago. Today, this feels like we’re at that crossroads again, with the convergence of the Black Lives Matter and LGBTQ movements.”

Saúl Guzman is a Summer Search Bay Area alumnus living in New York City where he is the Senior Director of PR, Marketing, and Communications at Alvanon, a global fashion tech company.

In honor of Pride Month, Saúl reflected on how this year’s celebration — due to COVID-19 and Black Lives Matter — has taken on a whole new meaning for him.

“Because of the COVID pandemic, the Pride Parade (as we’ve come to know it) was canceled. But there was still a huge march — a people’s march. It wasn’t about corporate sponsors and elaborate floats. It was about people coming together to support another marginalized community.”

That march was the Queer Liberation March for Black Lives and Against Police Brutality, organized by the Reclaim Pride Coalition. 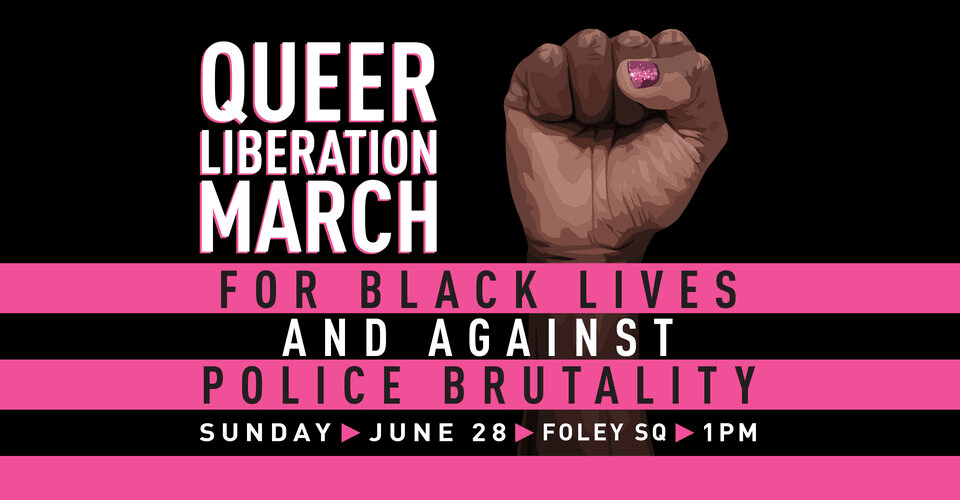 The demonstration took place on Sunday June 28, the 51st anniversary of the Stonewall Uprising, the famous 1969 clash between protesters and police outside the now-iconic New York City gay bar, the Stonewall Inn – an event that kicked off the modern LGBTQ civil rights movement. Saúl reflected on the similarities between that seminal moment and what’s going on in 2020.

“The Stonewall riots sparked a dramatic shift in LGBTQ activism for generations to come. Today, this feels like we’re at that crossroads again, with the convergence of the Black Lives Matter and LGBTQ movements.”

He also observed how much more of an inclusive space the current movement is feeling.

“The Pride movement as we know it was started by Transgender Women of Color, a group that unfortunately hasn’t shared fully in the gains of racial justice or LGBTQ activism. However this year, it felt like for the first time, Black Transgender people were put at the center of the movement they helped start”

In 2017, Saúl participated in AIDS/LifeCycle and bicycled 545 miles from San Francisco to Los Angeles to raise money for HIV/AIDS services. His week-long journey culminated by attending the Los Angeles Resist March, an event that replaced the historic LA Pride Parade that year. 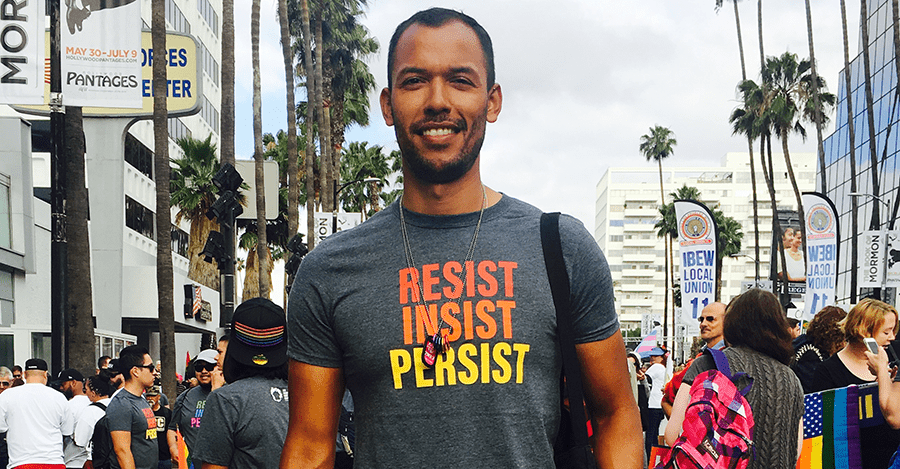 Saúl at the Los Angeles Resist March in 2017.

Saúl considers this an incredibly significant moment in his life. He remarked how the activism he’s witnessed this year has created a similar experience for him.

“I can’t think of a better way to celebrate equality than being a part of Queer Liberation March for Black Lives and Against Police Brutality. It was really powerful because ALL Black Lives Matter… and they said Pride was canceled.”