The 2016 National Football League (NFL) season is in full swing! It’s the time of year when fans all over the country, including many of our own students, alumni, staff, and supporters, take pride in rooting for their favorite teams.
Each NFL team, as well as the league itself, also takes pride in giving back to the communities in which they play and represent.

Last year, we were incredibly fortunate to have been chosen as one of the Super Bowl 50 Fund’s game-changing organizations in the San Francisco Bay Area.

We’re proud to announce that Summer Search Philadelphia is one of five Philly nonprofits to be named a Philadelphia Eagles Care partner! They’ll be receiving capacity-building opportunities, such as access to team events, facility use, in-kind donations and support from the Eagles employees, as well as unrestricted grant funding.

And they didn’t waste any time! To celebrate the partnership, staff from the Philly and NYC sites visited Eagles training camp during the summer and took pictures with players, staff, and even the mascot! 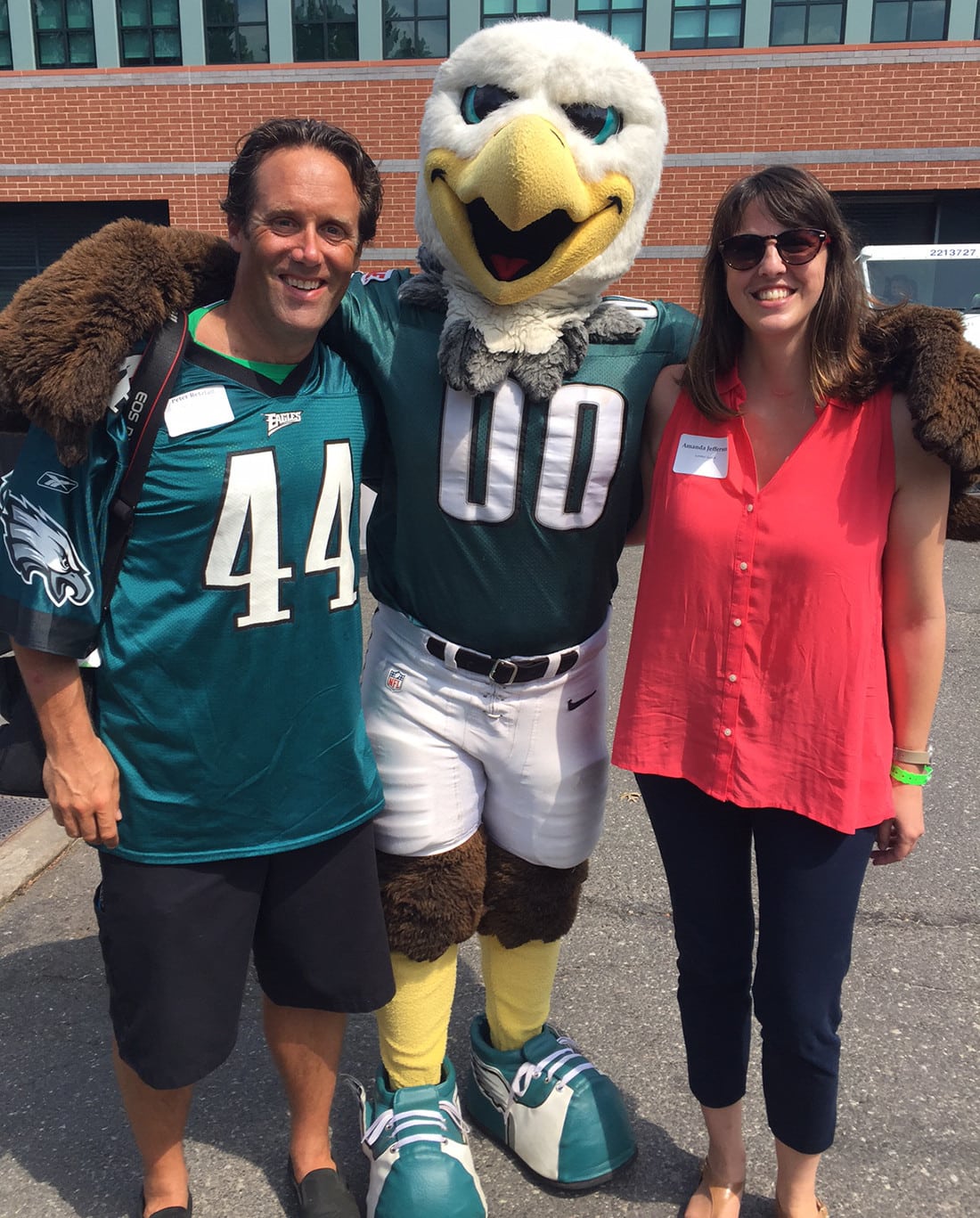 In addition to that, following the Eagles’ opening week victory, as part of their Community Monday program, the team sponsored an office makeover. Several players—Beau Allen, Connor Barwin, and Donnie Jones—stopped by our Philly office to help put on a fresh coat of paint, alongside our students and volunteers in September. Check out our new spaces:

Repainted mentoring room at the Summer Search Philadelphia offices, including a chalkboard wall for student announcements.

The players also dropped off a grant check for $5,000! 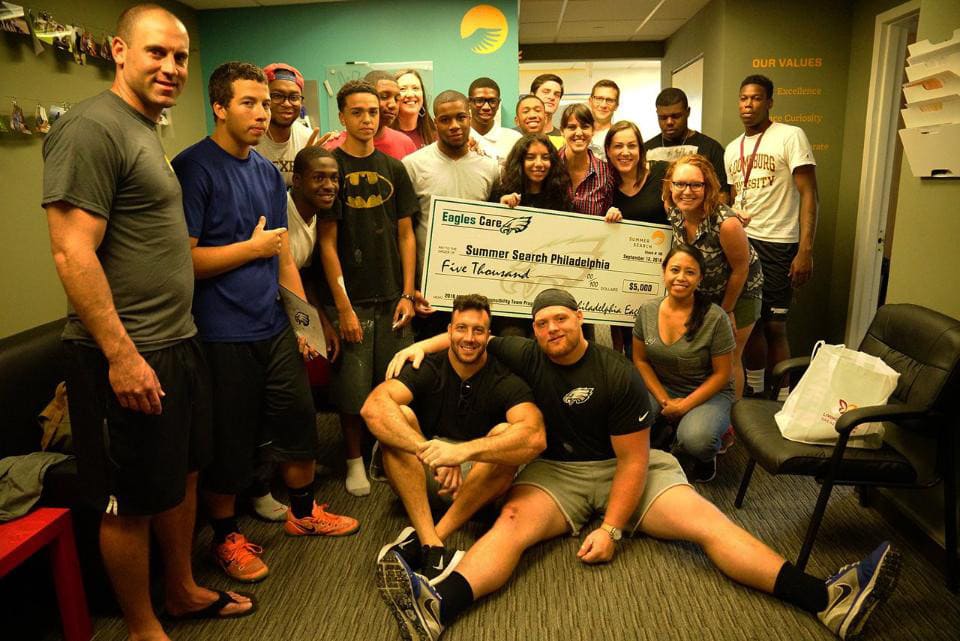 Photo courtesy of the Philadelphia Eagles.

Then last month, Eagles Wide Receiver Jordan Matthews inspired our students at our Fall Student Reflections Event. He spoke about the importance of working hard and not letting others distract you from your dreams. 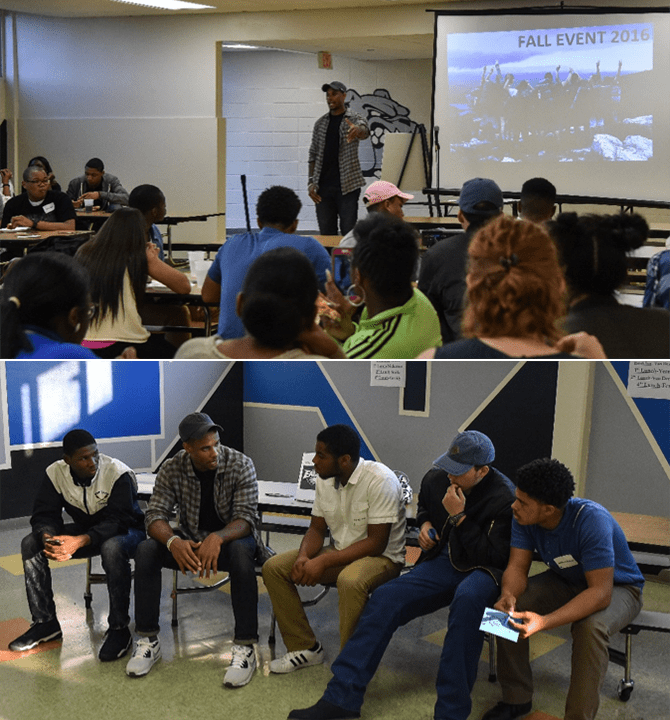 But the NFL-sized support didn’t stop there.

Like the Eagles, the Seattle Seahawks also support local community organizations that serve young people. Fortunately, our Seattle office has been selected as one of those organizations to be part of the Seahawks’ Legion of Youth program!

Just last week, they gave 25 Seattle Summer Searchers the opportunity to attend a Seahawks game for free (along with two friends or family members each), and have their faces and stories featured on the Legion of Youth website. Check them out! 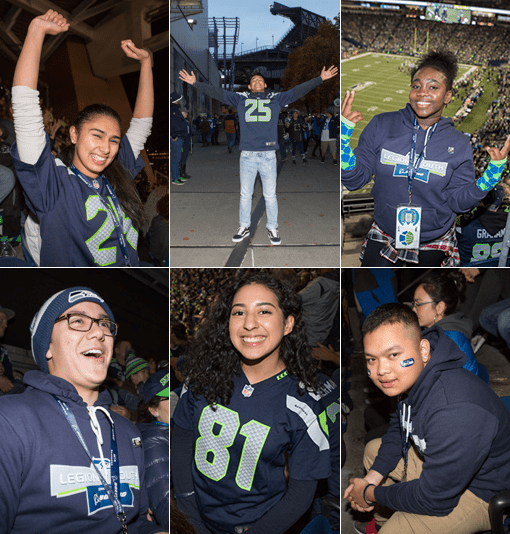 Photos courtesy of the Seattle Seahawks.

And speaking of the Seahawks…

Back to School with Russell Wilson

A few months ago we announced that we were partnering with Alaska Airlines to provide free flights for some of our students traveling to their summer programs.

In addition to that support, Alaska Airlines provided another opportunity for a Seattle Summer Searcher to soar. Payton Lay, a 2016 grad from Highline High School, was invited to speak at a Back to School event for Seattle-area middle school students, hosted by Seattle Seahawks quarterback Russell Wilson and sponsored by Alaska Airlines.

Payton shared the stage on the University of Washington campus in front of 1,800 middle schoolers with Wilson, Olympic gold medalist and Seattle Storm star Breanna Stewart, and Alaska Airlines’ own Lacey Pittman, who is the Managing Director, System Operations Control Center at Horizon Air. 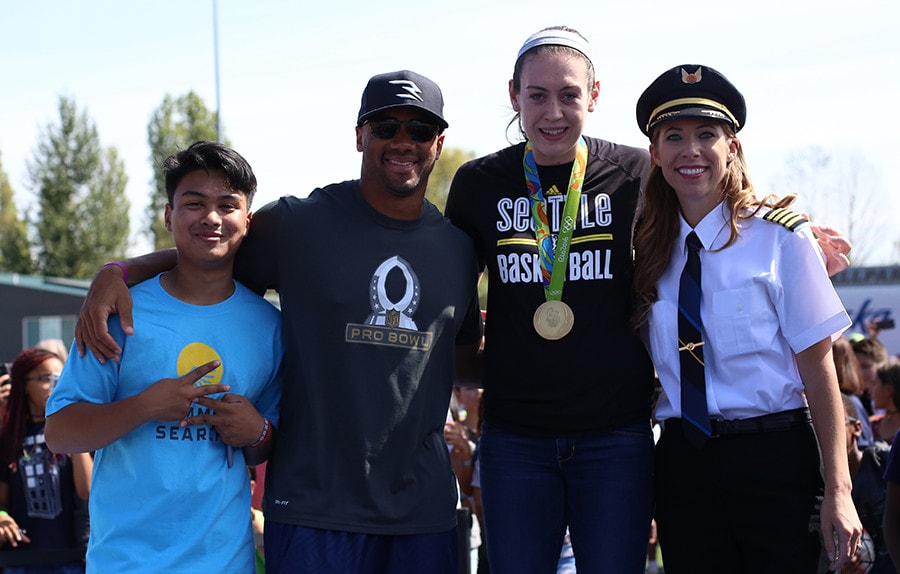 Each member of this all-star lineup shared their perspectives on why getting an education is so important. Payton shined as a Summer Search ambassador, highlighting the importance of seizing opportunities that come your way.

In fact, he did such an incredible job sharing his story and inspiring the crowd of educators and middle schoolers, that many rushed over to him asking for his autograph! 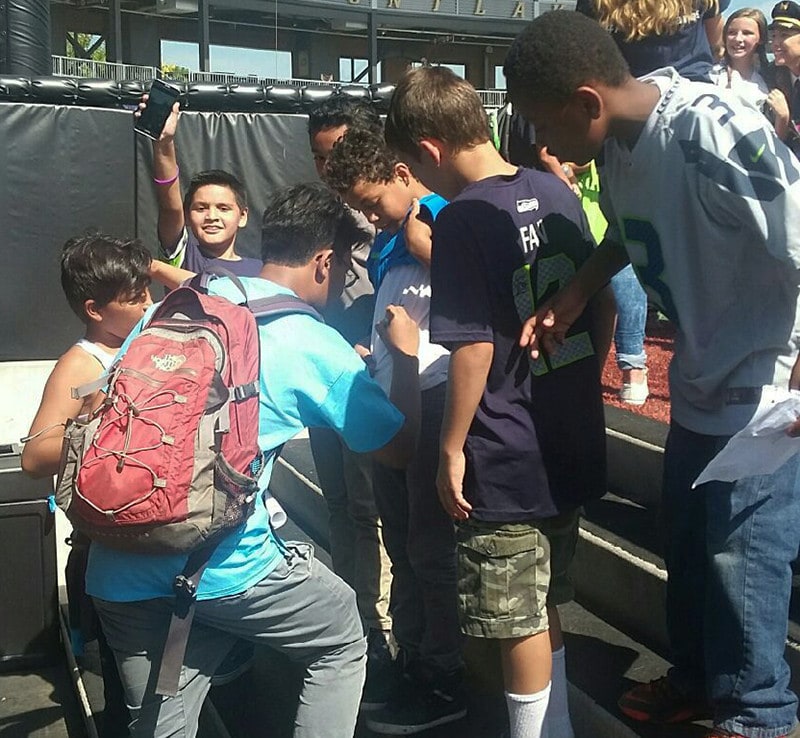 Payton Lay signing autographs after his speech at the Russell Wilson / Alaska Airlines Back to School event.

From the City of Brotherly Love, to the Emerald City, to all across the Summer Search network, we are so grateful for the support of our partners who help us continue to make an impact in the communities we serve.

Oh, and by the way, the Eagles play the Seahawks on November 20. Who will your root for? Either way, Summer Search wins!