Nathaly Abreu is a Summer Searcher from New York City, currently in her senior year at Colby-Sawyer College. This story was originally published by Colby-Sawyer earlier this month, written by Kellie Spinney with photography by Michael Seamans. Reblogged with permission.

Communication studies major Nathaly Abreu ’17, the daughter of Dominican-born parents and a native of the Bronx, has spent most of her life defying stereotypes. “As a Latina, people think I’m crazy and sassy. Sure, I can be kind of sassy, but I don’t think that is because I’m Latina,” said Abreu. “I think it’s because that’s who I am.”

Another stereotype Abreu has encountered is the perception that she is undeserving of a college education. “Just because I am from an underprivileged area doesn’t mean I am uneducated or unworthy of going to college. I feel like a lot of people believe that,” said Abreu. “I want to break away from that stereotype.“

Following her father’s death when she was four, Abreu’s mother raised her, her older brother and two older sisters on a less-than-modest housekeeper’s salary. Abreu knew paying for college would be a challenge, but after her siblings attended schools in the N.Y.C. area, she had hope that college would also be in her future. 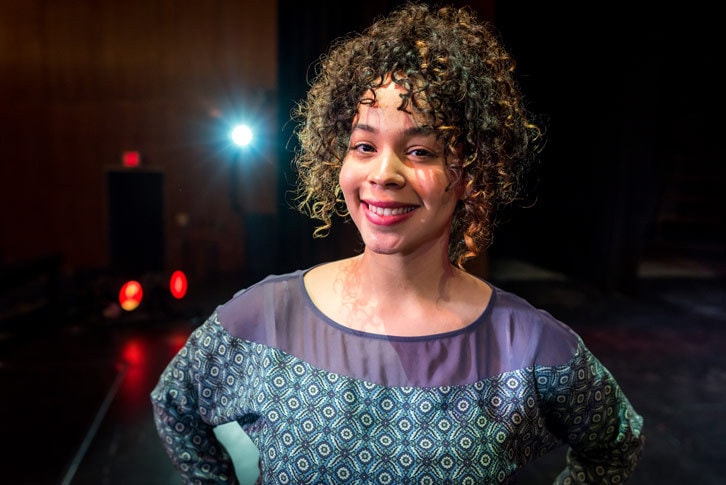 Hope came to Abreu in the form of Summer Search, a national youth development nonprofit that helps students from low-income backgrounds strengthen the skills they need to become college-educated leaders who give back to their families and communities. Abreu was selected to join Summer Search as a sophomore after they partnered with her high school to identify students for their long-term program, which runs through college graduation. The program expanded her horizons immediately, first with a three-week camping adventure with Outward Bound Minnesota, and then with six weeks in Finland. 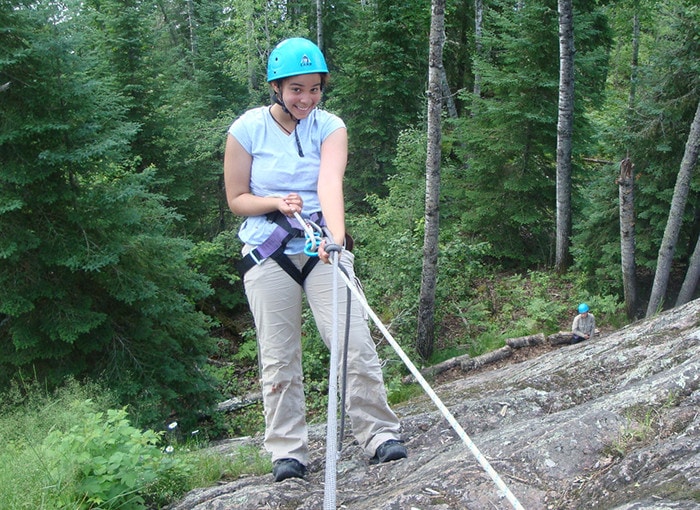 When it came time to think about college, Summer Search helped Abreu identify schools. She visited several and chose Colby-Sawyer in large part because she knew she wouldn’t be just a number to faculty and staff.

Abreu has committed to making the most of her time at Colby-Sawyer. She is a resident assistant and an A/V specialist for campus events; she is president of the Knitting Club and Mu Alpha Theta national mathematics honor society; and she’s a member of the Diversity Advisory Board, the Presidential Blue Key Society, Alpha Chi national honor society and the Hispanic-Latino Club. As a junior, she took advantage of Colby-Sawyer’s relationship with the Movies from Marlboro program, a semester-long experience at Marlboro College in Vermont where she was able to combine what she learned in Colby-Sawyer’s stagecraft course with hands-on film making experience in her areas of passion: sound and lighting. 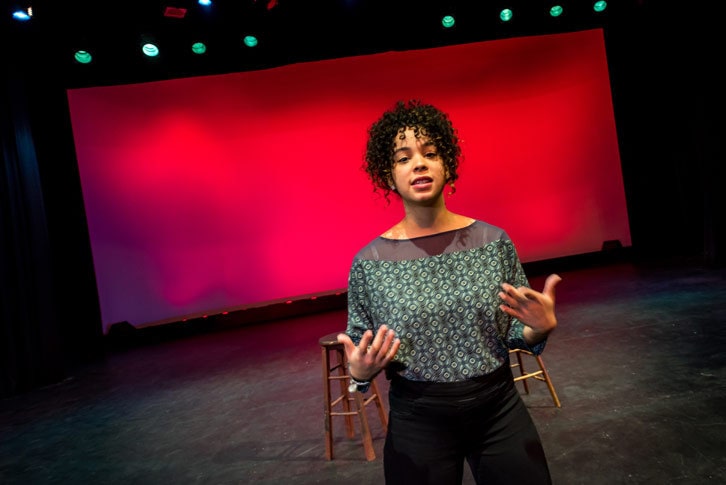 But the experience that may have most affected Abreu during her college years — and made the young woman who’s committed to fighting stereotypes see that she holds some herself — was her internship last summer in New York City with The Estée Lauder Companies Inc. “Summer Search informed me of the opportunity, and I remember thinking ‘Makeup? No, thank you,’” said Abreu. “Then I went to their website and noticed they had a diversity and inclusion program. I liked that.”

During her 10 weeks as a global external communications intern, Abreu worked with colleagues to support large-scale projects with media monitoring, writing, research, and social media assistance. “Coming into it, I thought it was going to be about makeup and not that big of a deal,” said Abreu. “But I spent a lot of time with executives who wanted to hear from me. It wasn’t for show. I learned a lot more than I would have if I’d abided by the stereotype I held about corporations like Estée Lauder.”

In addition to changing her perceptions of the cosmetics industry, Abreu’s experience also made her consider her future. “I thought my internship was going to be something that looked good on my résumé, but it was so much more,” she said. “Estée Lauder was an amazing woman, entrepreneur, and influencer who started her company with nothing but passion for her product. Estée Lauder employees are passionate, and they love what they do. And though I want to be ‘on set’ in some way, shape or form, my experience at Estée Lauder made me realize I also like working in external communications and that whatever I do, I want to be passionate about it.” 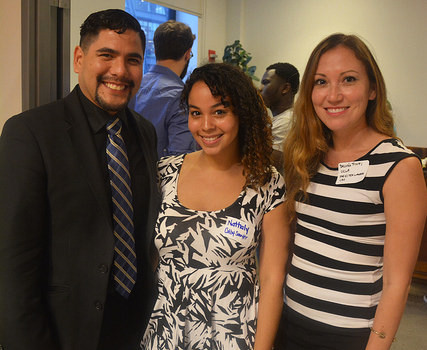 Whatever career direction she takes, Abreu still has work to do on campus. Her Capstone project, a stage production about how inner-city youth escape their realities through art, is entitled “The Bronx is Burning: From Notorious Ashes to Underground Talents.” She designed, directed, and stage-managed a show featuring music, dance, and spoken word, including two of her original poems as well as works by New York City-based artists. The production debuted during The Susan Colby Colgate Scholars’ Symposium on April 18.

“I hope the audience learned that at times there are misconceptions about inner cities, the Bronx in particular, and that the media plays a huge role in [creating and perpetuating] the stereotypes,” said Abreu. “And although this can inhibit Bronxites, it also pushes many of us to express ourselves through different art forms which, in the end, enhances the vibrancy of the Bronx’s culture.”

Shared Values: The “Makeup” of a Great Partnership with The Estée Lauder Companies »