The following is a guest post co-written by Summer Search Seattle mentors Therese Williams and De’Andre Jones, showcasing the accomplishments of one of their students for National Mentoring Month.

Mohamed has been actively engaged in the Seattle community for most of his life. He understands the importance of advocacy, not only for himself but for others in his community, to successfully navigate through systemic barriers. His awareness of his own intersectional identities as first-generation, Somali, Muslim, male, eldest son, entrepreneur, and mentor are just a few of the many reasons he is serving as a trailblazer for his family.

Photo and quote from a feature on Mohamed by WE Charity.

When Mohamed’s mentor Therese Williams was asked to share a few words about him, she stated that “he’s given himself permission to take healthy risks and to explore his curiosities.”

Earlier this year, Mohamed was featured in a story by WE Charity as one of Seattle’s strongest social advocates and also was the Co-Host for the Soaring Scholars Gala.

After the incredible year he has had, Mohamed plans to transfer from Seattle Central College to study Communications or Social Work at the University of Washington – Seattle! 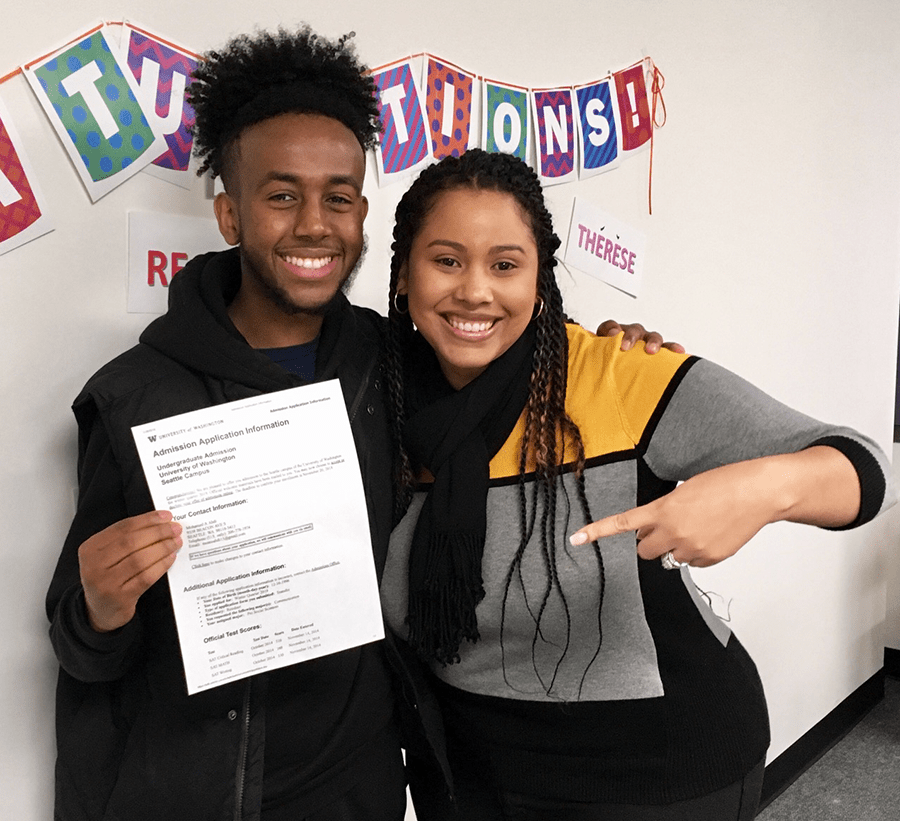