Mentors Changed the Course of My Life

I remember the first time I met Joan McDonald. She had a bouffant of grey-white hair, like she’d never quite made it out of the 1960s, and soft kind eyes. It was 1997. I was 15 years old and a sophomore at St. Helena High School. I was stepping into a small room filled with warm fall light to do an interview with Joan and Linda Mornell (founder of Summer Search). My high school counselor, Bruce Frank, who nominated me for the program, was standing just outside. I didn’t know what I was getting into. I sat down facing these two older women. Linda looked at me intensely and Joan smiled encouragingly. Linda asked something along the lines of, “What is it like to walk in your shoes?” And I broke down. 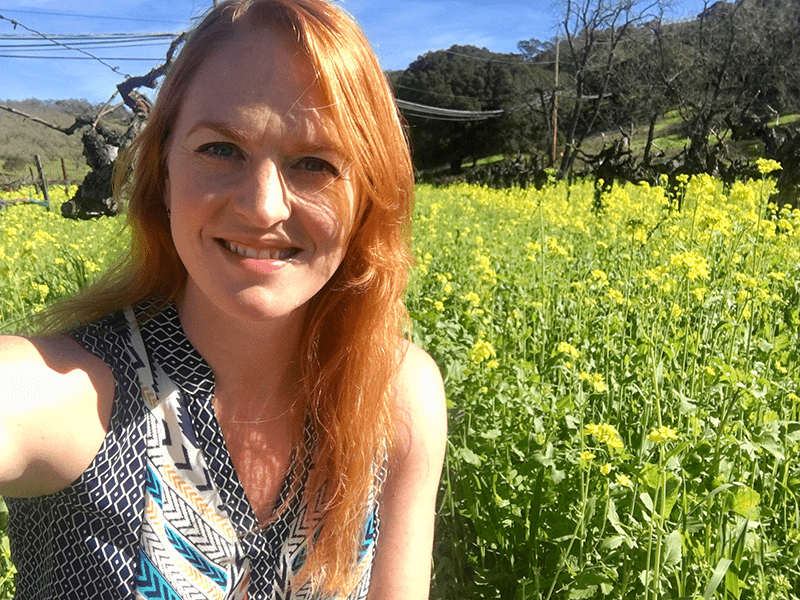 Being 15 years old is challenging enough without feeling like your single parent has already set you loose in the world to care for yourself. My mother was a baby herself when she had me, just a few years older than I was stepping into that interview room. In retrospect I realize she’d barely held it together through her 20s as a single mother without family support. My father was mentally unstable and went to prison for two incidents of marital rape. After he was released, we were dragged through a harrowing custody battle. And as I approached middle school, I think my mother decided she deserved to focus on herself. I was smart, so I started working when I was 14. But I felt unsupported and alone.

This was the 15-year-old they interviewed that day.

Linda and Joan accepted me into Summer Search and Joan became my mentor. Initially I remember the unexpected reassurance that someone else cared about how I was doing and was involved in my life.
My first summer program was a three-week whitewater kayaking camp on Lake Umbagog in Maine. We kayaked miles across the lake each morning to hurdle ourselves down stair steps of increasingly intense rapids. Due to my own panic I almost drowned the first week. At the end of the trip, my trip leaders told me they’d been convinced I would quit. But I learned something critical about myself — I may get overwhelmed, scared, even paralyzed but I do not stay stuck — I always move forward. 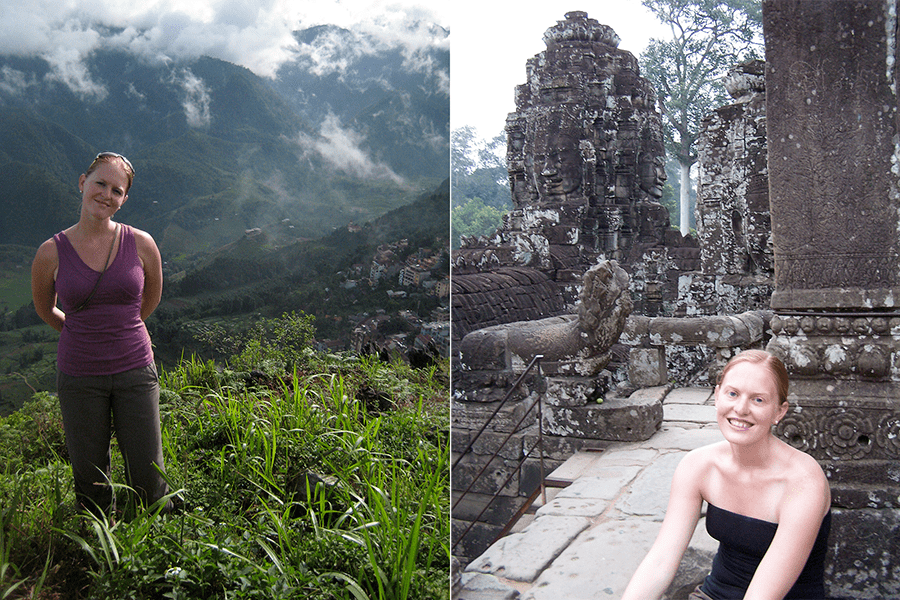 When I got home my relationship with my mother grew even more disconnected and volatile. I moved out when I was 16 to live with a friend and her mother. Both Joan and Bruce stepped in to support me. Joan was like a grandmother, steady and always willing to listen. She helped me find (and fund) a psychologist. I made it through my junior year of high school and headed off to a language immersion program in France, capped off with a 100-mile bike trip in Bretagne. That trip was when I first realized I feel most alive in new situations and new places.

Despite the chaos of my home life, I was a perfectionist: a straight-A student, top of my small high school class, and I knew I wanted to go to the best east coast liberal arts college.

I applied to nine schools, accepted into seven, and wait-listed at two. Ultimately, I decided to go to Williams College, sight unseen. Joan and Bruce helped me to write a letter about my commitment to attending Williams, which had initially waitlisted me, and what this accomplishment would mean to me. They let me in!

Then came the next hurdle: financial aid. Despite a required parent contribution, a few thousand dollars a year based on our income, my mother refused to contribute. So Joan and Bruce went through the process of providing verification to Williams that I was an emancipated minor. Thanks to their advocacy and support, I received a full ride to one of the best schools in the country! Joan and Bruce, the best mentors I have ever had, truly changed the course of my life.

Last year I attended Bruce Frank’s funeral. He had brain cancer. His wife stood up and said the day he was diagnosed they came home and held each other and he said, “I look inside my head to see if something is wrong but all I see is love.” When I think of Joan and her deep kindness, and Bruce, who first saw more in me than I saw in myself, all I see is love.

Today I have a Master’s Degree in Environmental Science & Management and I do sustainability consulting with the wine industry managing the Napa Green Land and Winery certification programs.

I have traveled the world — studying in India, South Africa and Brazil, spending a year in Vietnam teaching and working on climate change adaptation, and securing a fellowship to work on international climate policy in Switzerland. 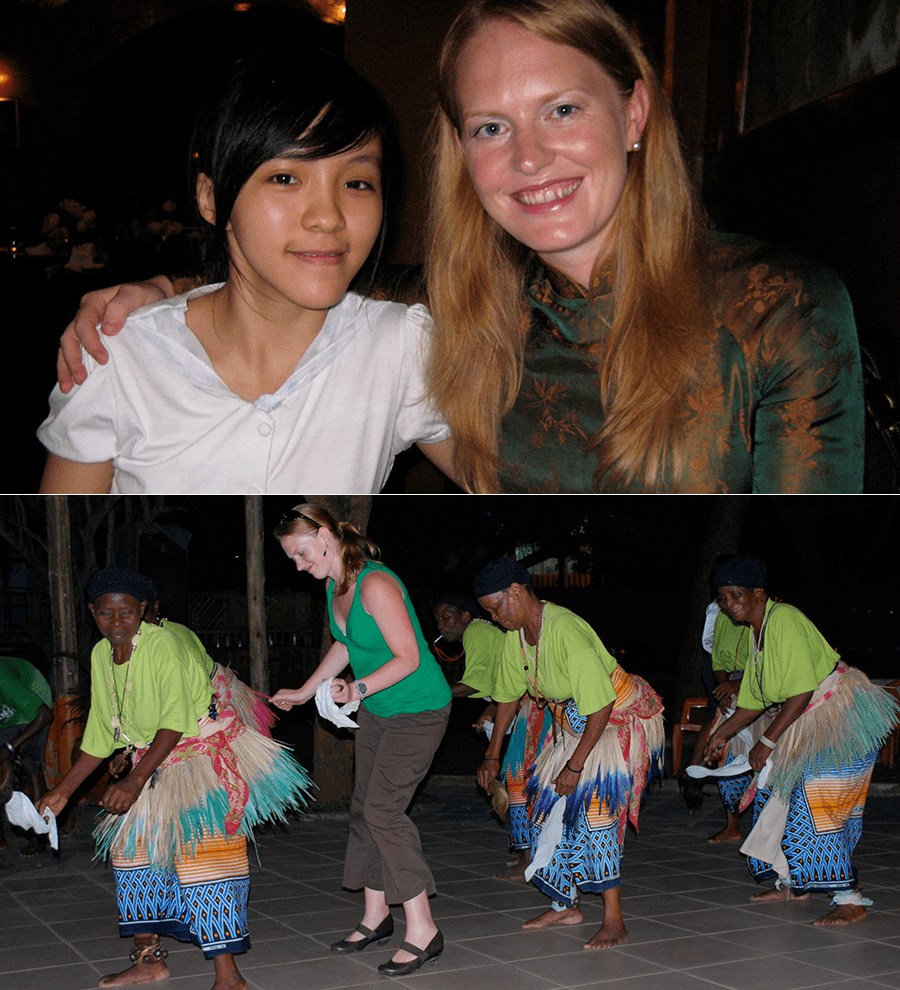 Anna smiling with her homestay sister in Hanoi, Vietnam, and dancing in Tanzania while serving as a coordinator for the International Honors Program (both 2009).

At times I face self-doubt and feel overwhelmed, but those early lessons and support from Summer Search, Joan, and Bruce, have helped me to keep expanding and adapting with certainty in the growth and connections that always emerge from stepping outside of my comfort zone.