“Think about how you can use the power of your education to do great things: to highlight important truths, to inspire action, to support a cause that’s close to your heart, whatever that cause may be.”

Those were just a few of the inspiring and thought-provoking words from John Legend, the keynote speaker at Summer Search New York City’s 2016 Leadership Gala.

That’s right, the John Legend! The Academy Award-winning and ten-time Grammy® award-winning recording artist, and dedicated philanthropist was kind enough to share his story with a room full of eager and grateful Summer Search students, alumni, staff and supporters on Wednesday night in New York City.

John first learned about Summer Search many years ago from NYC alumnus Kweli Washington. He is also close friends with NYC Board member Vanessa Rahman, who recently facilitated an engaging conversation between John, NYC student Salamata and SF alumnus Jabali Sawicki, who is also on Summer Search’s National Board.

At the gala, we were proud to honor John for his philanthropic work in the areas of poverty, criminal-justice reform, and education.

John’s initiative, the Show Me Campaign, seeks to give every child access to a quality education, and like Summer Search, is committed to the belief that all students deserve the opportunity to achieve their full potential in school and life.

That wasn’t where the similarities between his life and Summer Search ended. John shared that he had “more in common with Summer Search students than you think.” 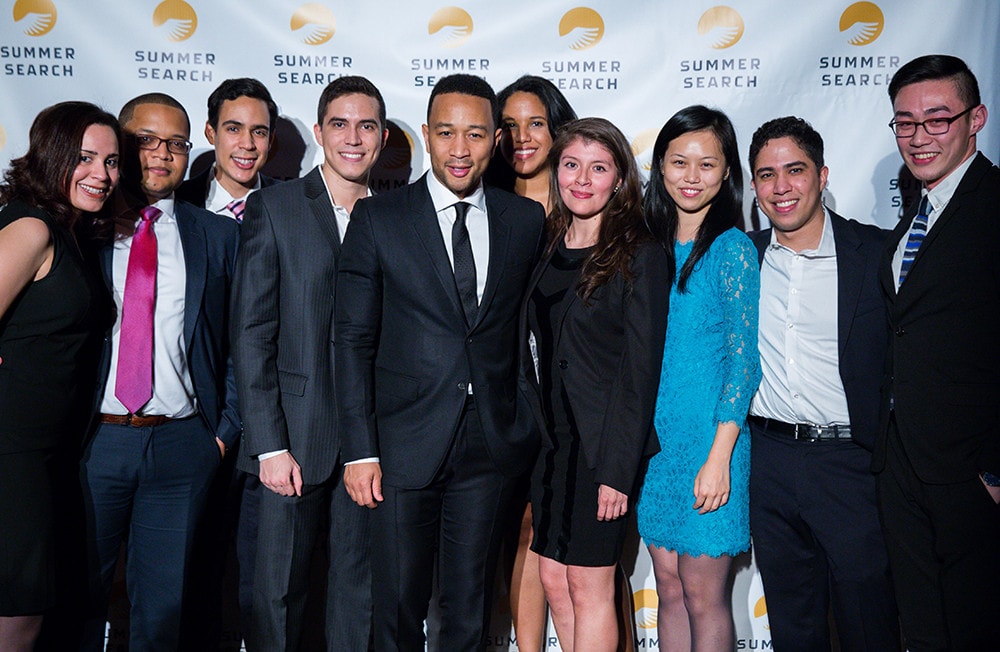 “I was in your shoes not too long ago. So, I know what it’s like. Trying to balance the countless pages of reading and writing you have to do. Trying to make friends and grow socially in a new environment, where most of the students are coming from a very different background…”

“And I know the power of a good education to help you think about your place in the world.”

John also attributed much of his success in life to having circles of support, made up of family members, as well as great teachers and mentors:

John Legend--I wouldn't be where I am without great teachers and mentors who believed in me. #summersearch pic.twitter.com/4p80ua0v8y

“You see, I write songs for a living now, but when I was in high school I didn’t see writing as one of my strengths. But I had an English teacher named Mrs. Bodey who believed in me… I had a high school counselor named Mr. Dickson who helped me gain confidence in my skills, and pushed me to aim high. They helped me earn a scholarship to Penn (the University of Pennsylvania), and there, I was able to gain access to all the doors a college education opens.”

As he explained how he considered himself one of the “lucky ones” in having the opportunity to pursue his dreams, he acknowledged that “unfortunately, all over America there are young people in danger of having their dreams denied,” citing the low graduation rates of young people who grow up in low-income communities.

He underscored the need for the world to invest in education and professional mentorship in order to break the cycle of poverty. He described that kind of investment with two words: love and justice.

John juxtaposed this idea of love in public against the negative rhetoric that often dominates many current political conversations:

“I know in this election season, we’ve heard a lot about walls and exclusion and division and fear and hate. But I am certain that policies built on love have much more power to make America and the world a greater place to live.” 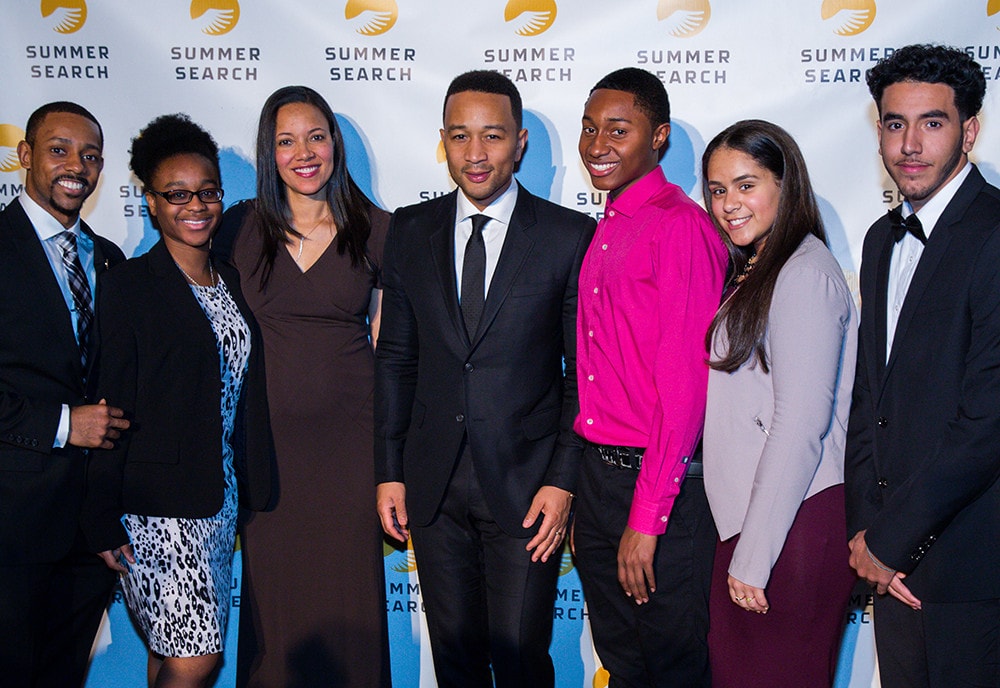 In his closing remarks, John laid out his vision for a better society, one that could be made possible through those investments of love. It includes providing young people with excellent teachers in every classroom, safe home environments and all the resources they need to pursue an education.

"If we cared about every kid in our school system, we'd make sure they had all the resources they need." @johnlegend pic.twitter.com/cK0XwARiuO

“That vision might sound impossible to realize, but it’s not,” John said. “Yes, right now in America, the zip code a child grows up in is still a better predictor of his or her outcome than an aptitude test. But there are organizations, like Summer Search, that are proving that change is possible, and pointing the way toward a better system.”

I enjoyed speaking at the Summer Search gala this evening. They're doing excellent work! https://t.co/arMCuJhhIj

We want to thank John Legend for sharing his story with us, and for using his platform to shine the light on these important issues. We’re proud to stand with him, side-by-side, as ordinary people doing extraordinary things; investing in love, fighting for justice, and hoping for glory.