In a Facebook post showcasing a vibrant photo of herself at the Hawa Mahal palace in Jaipur, India, Chentese Stewart jokingly declared, “I belong on someone’s brochure!”

This Philadelphia Summer Searcher, who recently finished her junior year at Gettysburg College, is no stranger to traveling, and could probably make her own travel brochure with all the photos of the places she’s been. 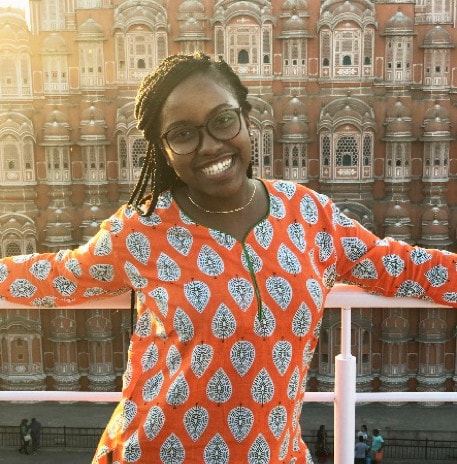 Chentese Stewart on a semester abroad in India.

Chentese’s globetrotting spirit was fanned by her Summer Search experience where she learned how to be open to herself, others, and the world in a way that unleashed her enthusiasm for change and desire to lead. In a speech to her peers during her senior year of high school, she said, “with the help of Summer Search, I have learned that if you just take the risk to speak up and reach for opportunities, so many things are possible.“

Chentese started at Summer Search Philadelphia in her sophomore year as a caring and thoughtful student at Bodine High School for International Affairs. She was working hard in school and found support in her mother, teachers, and school programs. Later, when reflecting on who she was in her interview with Summer Search, she shared, “if you knew me back then [sophomore year], you wouldn’t have noticed much on the outside, because I was so good at hiding my emotions. On the outside, I was always smiling and putting on a good front being the daughter, sister, and friend I thought everyone wanted me to be, but, on the inside, I was angry and sad.”

Through mentoring and her two-week wilderness experience with the Philadelphia Outward Bound School (POBS), Chentese learned new ways of managing her stress so she could focus on her college goals. 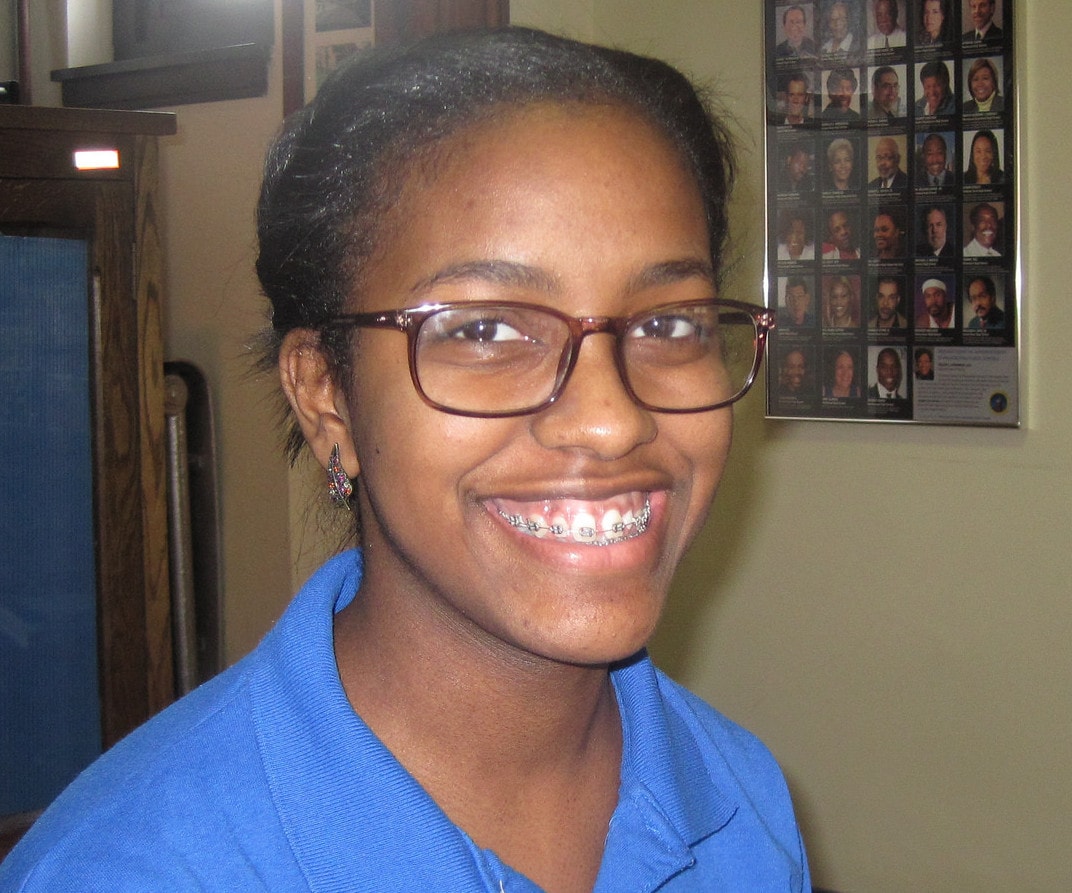 Chentese as a high school sophomore in 2012.

“Whenever there was something big going on, I reached out to friends, family, and Summer Search. I didn’t keep things to myself anymore. It was hard opening up, but I felt much better after letting people in. I was able to focus on school more, instead of being stressed and worried about my life at home. My mom noticed my change, and my friends did too.”

Recognizing Chentese’s desire to lead and give back to her community, her mentors placed her on a three-week trip to Thailand with Rustic Pathways to expand her perspective. In reflecting on that transformative experience, she said, “I spent 25 days living in a rural village, doing community service. Oh, and by the way, I only had one backpack, a small school backpack! I may have arrived in Thailand with very little, but I came home rich, believing that anything is possible!“

Despite these positive experiences, Chentese admitted to feeling a lot of anxiety when thinking about college: “I knew that my hard work could get me a college acceptance, but I worried a lot about [paying for school]. I doubted that the financial aid and scholarships would be there for me.”

However, she would not be deterred. Chentese and her College Access and Success mentor worked closely during her senior year of high school to translate her growth into effective essays and compelling interviews. Then in the spring of 2014, she was not only accepted into Gettysburg, but she found out she would be receiving more than $55,000 in annual scholarships!

Now, as a soon-to-be senior at Gettysburg, Chentese has taken her leadership and voice to new levels as she works on her Sociology and Education degree. She has actively contributed to campus issues related to diversity and equity.

Her desire to drive change has also brought her overseas. Last summer, she traveled to Kenya as a Heston Fellow through Gettysburg’s Center for Public Service, working on community health and development projects as an intern at an organization called KMET. She wrote several thoughtful blog posts about her time in Africa, one of which we shared last summer, reflecting on her triumphs and challenges, local and global politics, and everything in between.

Which brings us back to her Hawa Mahal photo at the beginning of this post, which she took while studying abroad in India this past semester.

We can’t wait to see what’s next for Chentese—what opportunity she might seize and how she will continue to make an impact wherever she goes—or what travel brochure her smiling face might end up in!

Well, you are welcome here »

Time is of the essence »

Getting to know you »

So close, yet so far away »