“I’ve decided to dedicate my life to taking positive images of Black men and creating a platform for their voices to be heard.”

Those are the determined words of Summer Search Bay Area alumnus Justin Bethune. At the start of Black History Month this year, Justin announced in a post on Medium that he was launching The Bethune Project, a photo campaign on Instagram. 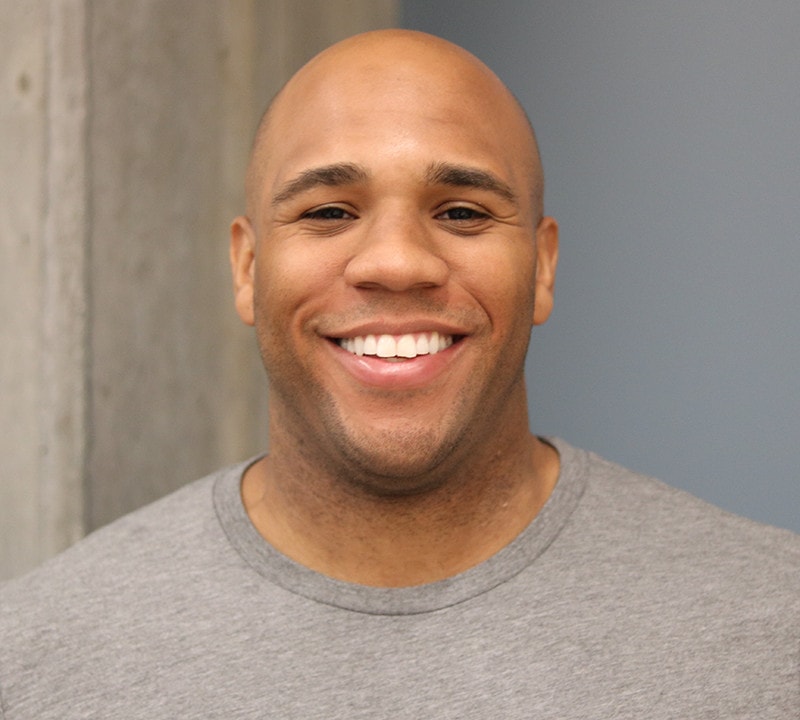 “For 28 days straight, I will be posting positive images of Black men in my life.”

Justin explained that the inspiration for this project came after watching the Academy Award Nominated documentary, 13th, Ava DuVernay’s film that analyzes the criminalization of African Americans throughout United States history.

He said, “(Seeing the film) changed my life, and I decided to do something about it.”

Justin continued, reflecting that the documentary “helped me understand how media images have shaped societal bias about Black men and has led to systemic repercussions in our society. I want to do my part in supporting the positive advancement of people of color in a way that provides an invitation for allies to emerge.”

As the great-grandson of civil rights leader Mary McLeod Bethune, Justin says it’s “a duty and honor” to do this work and carry on his great grandmother’s legacy. 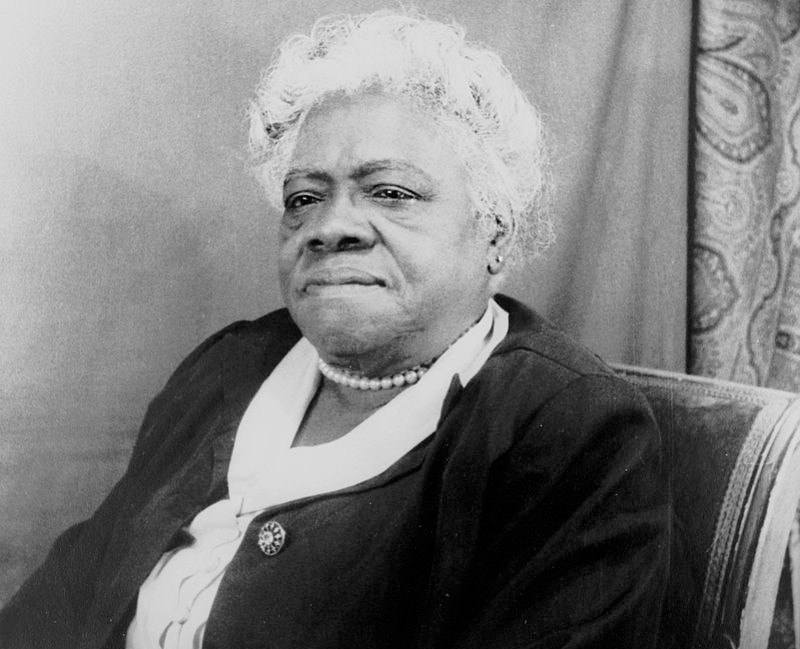 Two participants of Justin’s project are fellow Summer Search alumni Lamar Hancock and Dexter Moore. They provided powerful statements on what it means to be Black men and leaders in their neighborhoods.

“Dexter and Lamar represent the leaders that we need in our community to shape the next generation of positive Black youth,” Justin explained. “It was an honor to highlight their voices. I respect them and the work they do very much.” 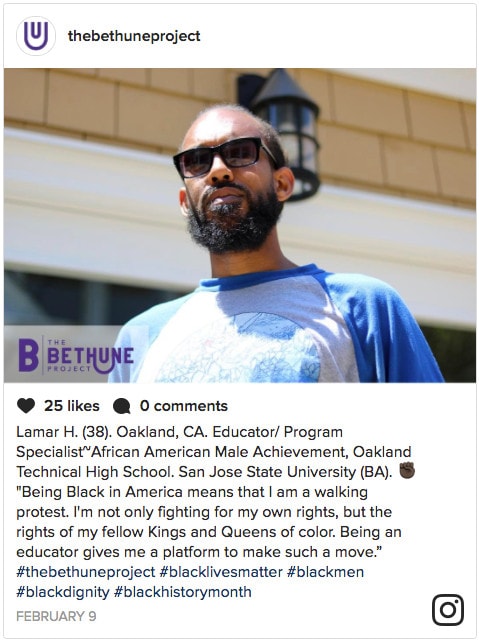 “Being Black in America means that I am a walking protest. I’m not only fighting for my own rights, but the rights of my fellow Kings and Queens of color. Being an educator gives me a platform to make such a move.”
— Lamar Hancock

As he alludes to in his statement (above), Lamar is certainly using his platform as an educator to make an impact. He has been leading groundbreaking work at Oakland Technical High School as part of the African American Male Achievement program, which aims to close the academic gap for all of Oakland’s Black male students. Lamar is also an alumni facilitator for Summer Search’s Black Male Leadership Group in the Bay Area. 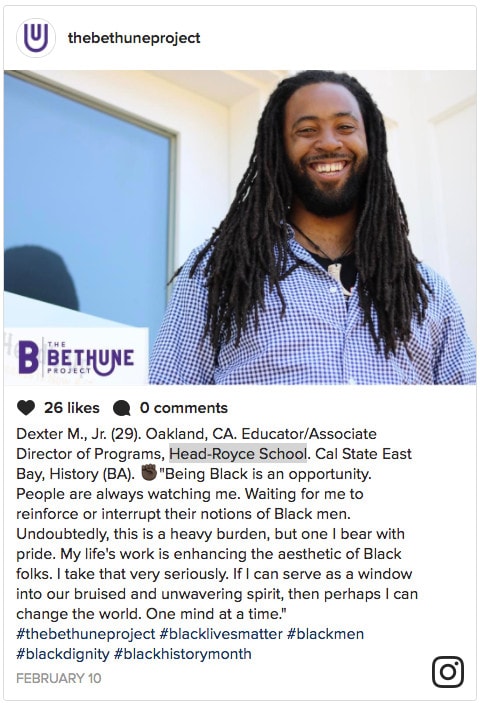 “Being Black is an opportunity. People are always watching me. Waiting for me to reinforce or interrupt their notions of Black men. Undoubtedly, this is a heavy burden, but one I bear with pride. My life’s work is enhancing the aesthetic of Black folks. I take that very seriously. If I can serve as a window into our bruised and unwavering spirit, then perhaps I can change the world. One mind at a time.”
— Dexter Moore

Dexter is the first in his family to graduate college, a fact he takes great pride in. He is an educator and leader in Oakland, serving as the Associate Director of Programs at Head-Royce School.

Over the years, Dexter has generously given back to Summer Search in many ways, from volunteering as a member and Chair of the Bay Area Alumni Board, to helping young Summer Searchers explore their identities as part of the Black Male Leadership Group, to delivering powerful speeches at Bay Area events.

After completing his inspiring and empowering 28-day campaign, Justin, who is the Diversity Program Manager and MBA Recruiter at Dropbox, says he’s not finished yet. He has even bigger and more ambitious goals: “I want the Bethune Project to be the largest repository of positive images and voices of Black men ever created.”