While Justin is behind the camera in his work challenging racial biases and perceptions, Summer Search Seattle alumna and fashion model Ebonee Davis is using her platform in front of the camera to speak up against racial injustice.

Ebonee Davis passionately sharing her story at a recent TEDx Talk event at the University of Nevada.

This past summer, in the wake of multiple Black men being killed by the police, Ebonee penned a powerful open letter that was published in the style magazine Harpers Bazaar, calling on everyone in the fashion industry to stand up against the systemic racism in America and to use their influence to spur change.

“As artists in the fashion industry, we are the embodiment of free speech. We set the tone for society through the stories we tell—fashion, the gatekeeper of cool, decides and dictates what is beautiful and acceptable. And let me tell you, it is no longer acceptable for us to revel in Black culture with no regard for the struggles facing the Black community.” 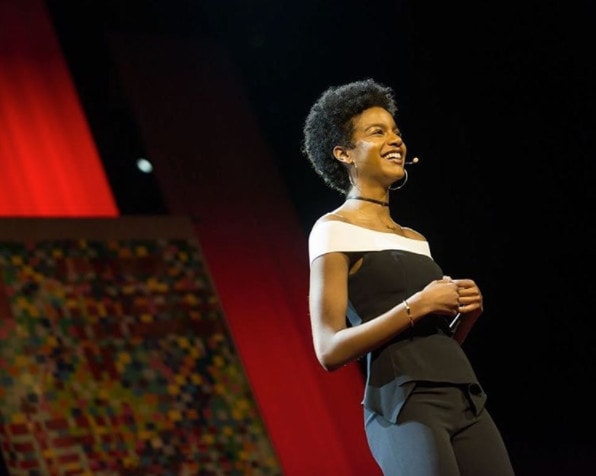 Ebonee, who was featured in Calvin Klein’s fall 2016 campaign, went on to encourage the entire fashion community to “love Black people as much as you love Black music and Black culture. Until you do, society will continue to buy into the false notion that people of color are less than—a concept already deeply embedded in America’s collective psyche which is reinforced again and again through depictions in media. The time for change is now.”

Her statement made such an impact that it was also covered by Vogue magazine and featured in a TEDx Talk, a talk which Ebonee titled “Black Girl Magic in the Fashion Industry” (pictured earlier).

In the Vogue piece, Ebonee also opened up about her motivations for taking a stand in her industry and writing this open letter. Her response was full of the same qualities that we at Summer Search value—gratitude and leadership.

“I’m so thankful for the success I’ve been able to have, and talented people I get to work with, but I also felt it’s our responsibility to speak up. We have so much influence, and with that influence, we can help create a better society for everyone, where everyone feels included and beautiful.” 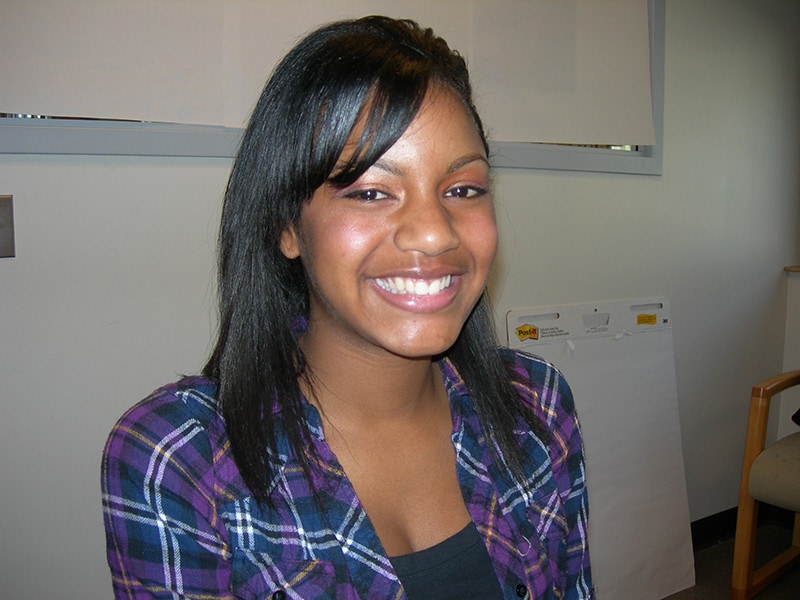 Ebonee at the Summer Search Seattle offices in 2009.

We continue to be inspired and humbled to see Summer Searchers like Ebonee speaking up and fighting for social justice and a more beautiful world.