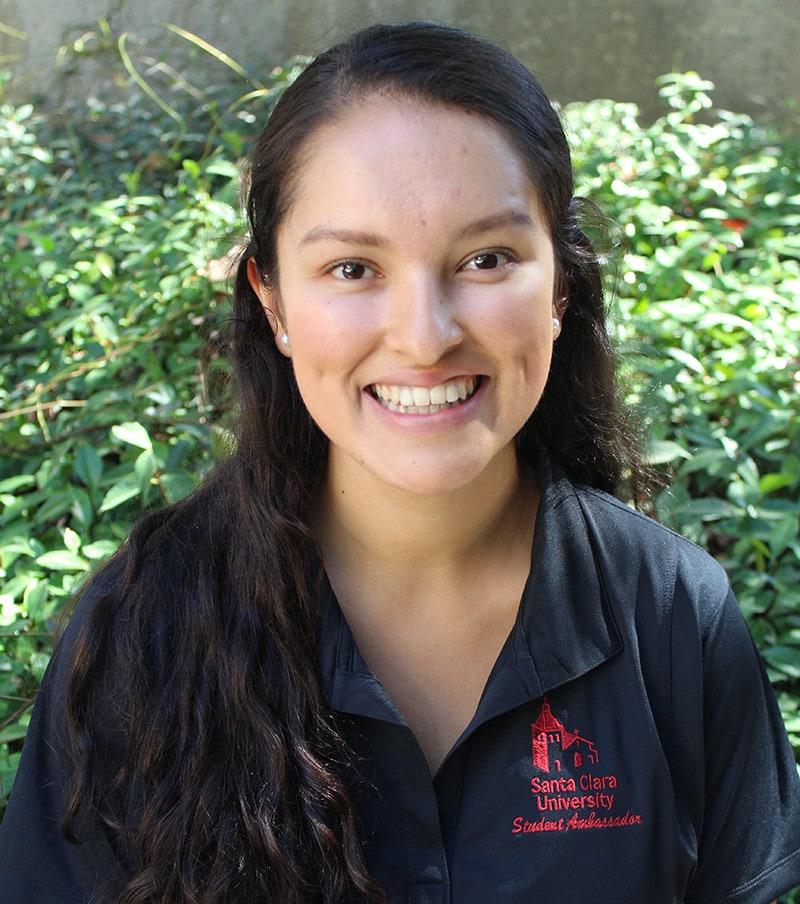 In addition to her impressive course-load as a triple major (yes, triple!) in Political Science, Spanish, and Ethnic Studies, (with a minor in Latin American Studies) and staying involved on campus as a student ambassador, Areli recently got accepted into the Fulbright Summer Institute in the United Kingdom!

Interestingly, Areli said she wasn’t even aware of the highly-coveted and competitive Fulbright program until one of her coworkers at the SCU office of undergraduate admissions mentioned the idea of applying for it. In true Summer Search fashion, she embraced her curiosity and took a chance. 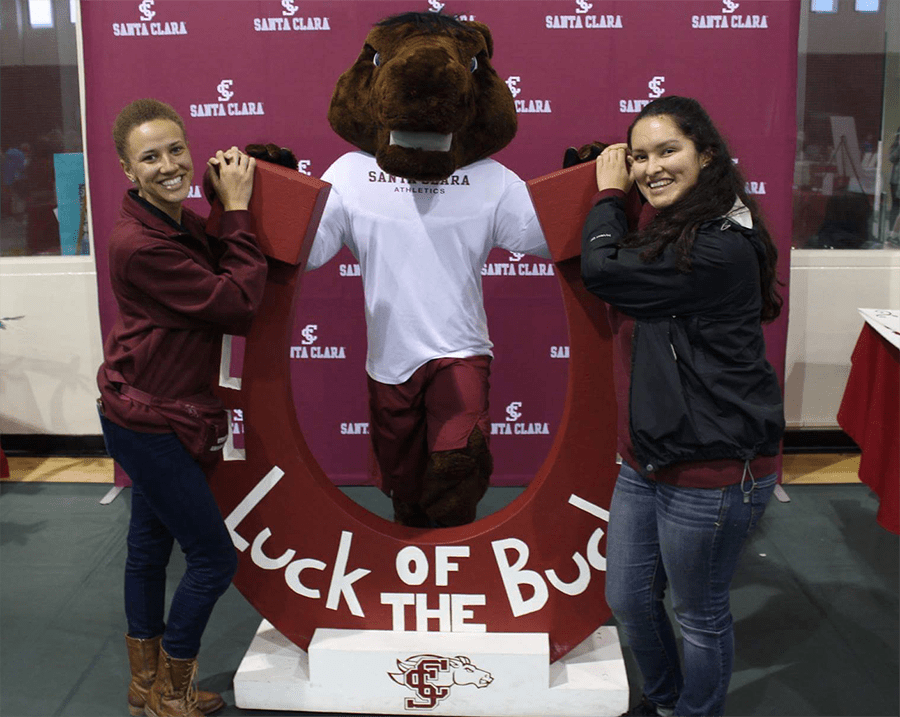 Areli (right) posing with a fellow student ambassador and Bucky the Bronco at an event for newly admitted students at SCU.

“I had no idea what it was but it sounded cool so I looked it up and decided to give it a shot. Most of my best life experiences have happened because I went on a whim and tried it,” she said.

Tried and succeeded! In fact, Areli is one of only four American college students to be accepted into this prestigious program! She credits her circles of support, including Summer Search, for helping make this incredible opportunity possible.

“This is an accomplishment that belongs to my whole community of mentors, family members, friends, and teachers who have encouraged me to surpass societal limitations,” she stated proudly. “This is the work of the daughter of hard-working, low-income Mexican immigrants, and I am so very proud of all of us.”

Thanks to all that hard work, Areli will be spending her summer in London, England at the SOAS University of London studying the Politics of Protest and Change, a course that fits well with her strong passion for law, international relations, and public policy.

Areli explained, “I am looking forward to comparing social movements and protests in the U.K. as a result of Brexit and the rise in hate crime. I look forward to conducting a comparative analysis of the U.K. and the U.S. regarding race relations.”

She added, “Social responsibility should not be some abstract, unattainable concept. Our social responsibility is rooted in loving each other despite our differences; a seemingly straightforward task that we tend to complicate. I am super excited to meet students from all around the world and gain new perspectives.”

Areli’s travel plans won’t stop with London this summer. This coming fall she will also be studying abroad for a semester in Ecuador as part of an International Development program. 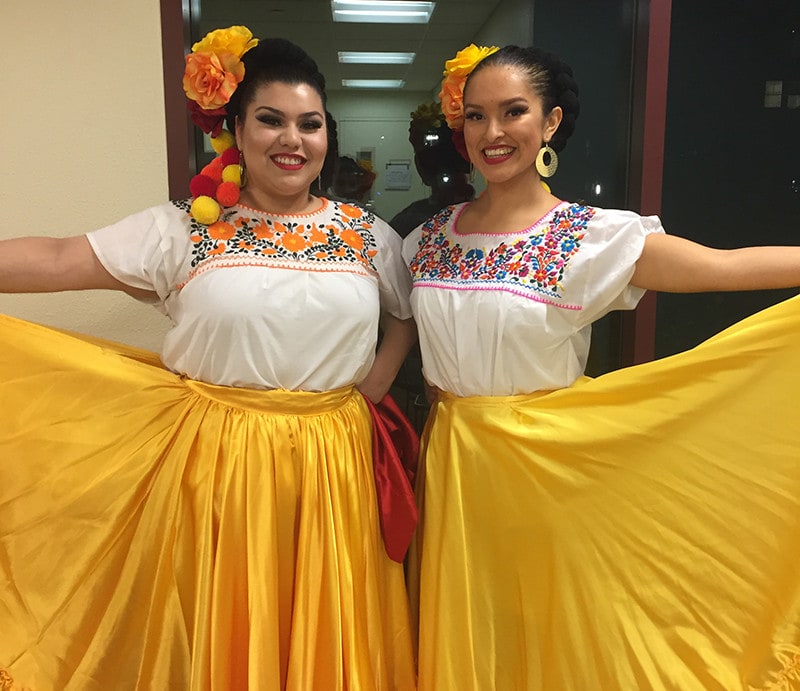 Areli (right) after a dance performance with Ballet Folklorico, a new club on the SCU campus, which she co-chairs.

Overall, Areli is incredibly honored to have earned this rare opportunity, and recognizes that her leadership as a role model can have a ripple effect and impact the lives of many others, just like her.

“I am excited to have people who never could have seen themselves applying to Fulbright and similar programs see me and feel encouraged to do so themselves. It makes a world of difference when you can personally identify with leaders. I hope that this can empower other first-generation college students, low-income students, Latin@s, and more. I hope they will see me and see themselves.” 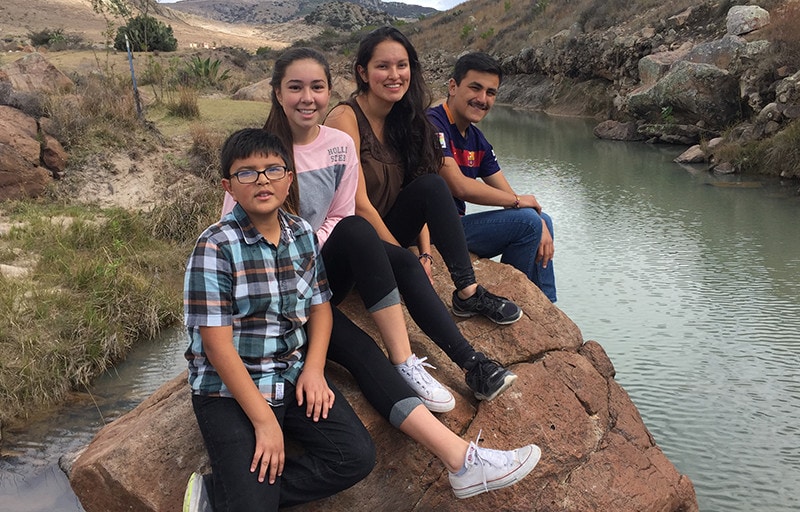 Areli and her family.