“We managed to get on what turned out to be one of the last flights leaving the country… By the end of the day all borders of the country were closed. No one in or out. Vasny saved us!”

Vasny Maldonado was nominated to apply for Summer Search by his teacher, Jan Hudson, at Mission High School in San Francisco in 1996. In present day, during the outbreak of the coronavirus, the two were reunited in an unexpected, yet meaningful way. But first, back to 1996… 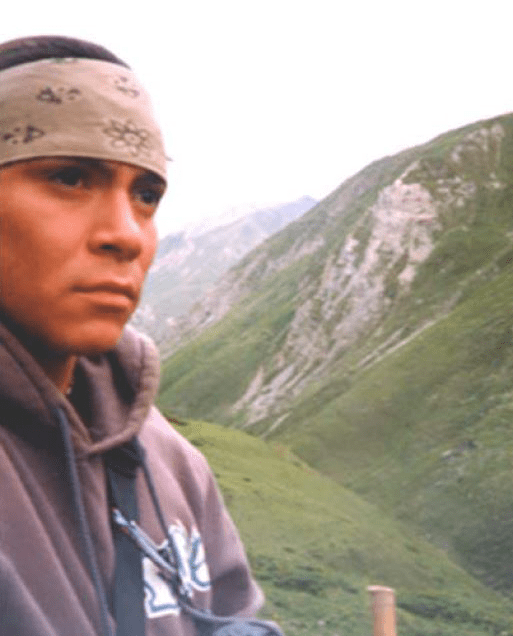 Vasny Maldonado during one of his summer experiences.

In his early mentoring conversations with Linda Mornell (Summer Search’s founder) and Katherine Kennedy (Linda’s first hire), Vasny shared that he often felt pressure to drop out of school and start working to help support his immigrant family.

In spite of that pressure, he decided to embrace “taking a risk” and attend summer wilderness/service programs in Colorado (with Deer Hill Expeditions) and in Nepal. When he returned home, he shared that he had gained a new perspective.

“In Nepal the people were so kind and loving,” Vasny explained. “I kept asking why again and again — why did I get this opportunity? And you know what? I realized that it was because I could bring back what I learned to help other people. I kept saying to myself, let it be for them.”

When Vasny completed his senior year, he decided to forgo college and returned to his home country of Guatemala. Over the years, he occasionally reached out to Linda and Katherine to share exciting life updates, like having a daughter and starting a successful telecommunications business with his father.

He also kept in touch with his referring teacher, Jan. Fast forward to March 2020 when Jan was taking a trip to Guatemala and was planning on seeing Vasny. 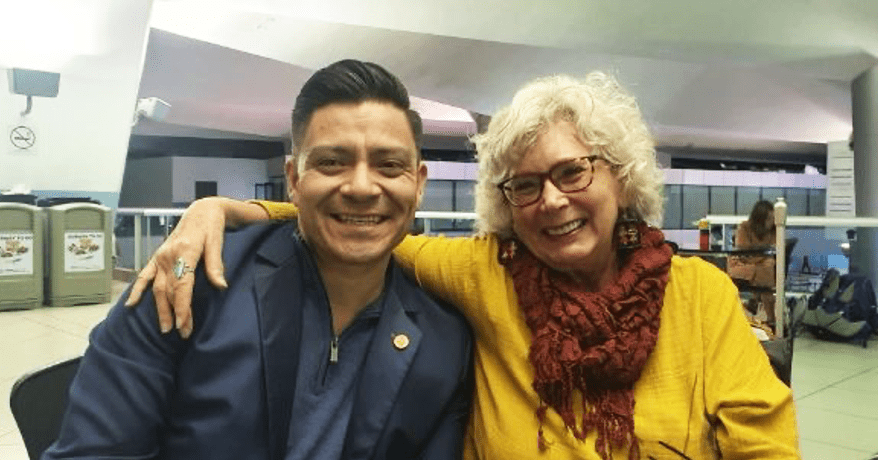 Vasny and Jan in Guatemala.

The following is Jan Hudson’s account of what happened next:

We left for Guatemala on Monday 3/9 and we were supposed to return 3/20. After a fabulous day in the capital, we headed for Lake Atitlán, intending to be there until Sunday 3/15 and then to go on to spend the remaining days in Antigua (where we planned to meet up with my former student Vasny Maldonado).

On Friday evening (3/13), the night watchman at our hotel told me that all incoming flights were to be banned by presidential edict at midnight on Sunday, due to the COVID-19 spread. That was our first clue that leaving the country might prove problematic.

On Saturday, we headed back to Antigua with the intention of being closer to the capital in case we needed to leave early. Along the route, I got a text that our original flight had been canceled, and we were unable to rebook online or by phone. So, it seemed wise to go directly to the airport instead of Antigua, fearing that if no flights in, there would be no flights out.

From our van, I called Vasny to let him know what was happening and that I would not be able to see him in Antigua. He immediately headed for the capital to meet us.

What he failed to mention is that in January he was elected to Congress! Vasny called the head of security at the airport and arranged for him to meet us and help us get a new flight out. All went like clockwork. Plus, Vasny arrived at the airport and spent a couple of hours with us, allowing me the joy of reconnecting with him.

We managed to get on what has turned out to be one of the last flights leaving the country. The following day the situation in Guatemala deteriorated, and by the end of the day, all borders of the country were closed. No one in or out. Vasny saved us!

This story cements Linda’s and Summer Search’s belief that identifying and cultivating altruism and leadership in young people has powerful long-term benefits. Besides coming to the rescue of former teachers, as a Congressman, Vasny is working to improve the local education system and hoping to actually bring more teachers into the community, once the COVID crisis has passed.

Upon hearing about this story, Linda emailed Vasny and said, “We always knew you would fulfill your destiny to let it be for them.”

This story was originally shared by Linda Mornell, Summer Search founder. You can see Vasny’s full story in her book, Forever Changed.