In 2015, Summer Search became a proud recipient of the Super Bowl 50 Fund’s “Game Changer” Award, a $500,000 grant over three years to support our Bay Area students. As the name suggests, this grant is a real game changer for our Bay Area sites, as it will allow us to serve even more students who are, in turn, changing the game and the status quo for their own lives and their communities.

One such game changer is Alexis Flores.

When we first met Alexis, he was as a self-conscious 15 year-old who was buried in his schoolwork and chores, unaware of the opportunities around him and unsure of his own leadership potential.

After joining Summer Search North Bay and working with his mentor Molly, Alexis went on his first summer trip, (which is a challenging wilderness experience — one of the cornerstones of our program model). He embarked on a three-week backpacking and rock-climbing adventure with Sierra Nevada Journeys. That trip proved to be a pivotal (dare we say game-changing) event in his life and for his future. 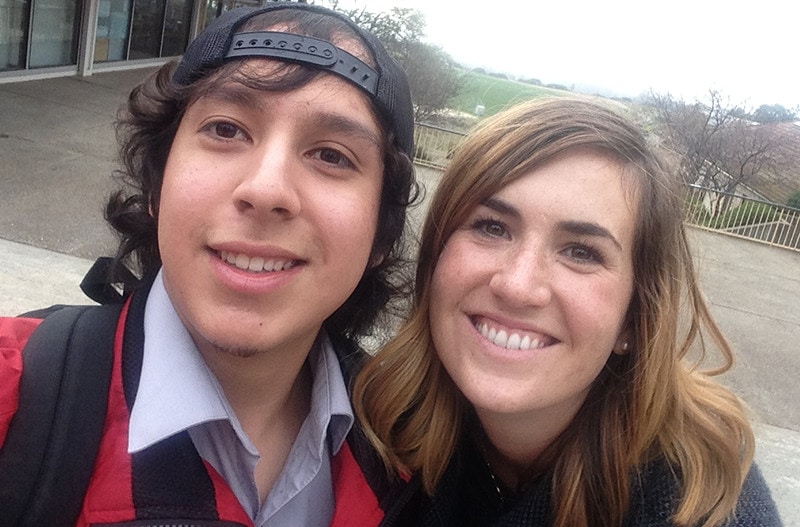 Alexis and his mentor, Molly.

It was like something had awakened inside of him. He began to feel confident, and started to see the positive impact that his leadership had on himself and others around him. He became a tutor and got involved in video broadcasting at his high school, and he volunteered to help at every Summer Search event that he could.

Alexis dreamed of going to college and becoming an engineer. However, like many of the students we serve, he did not have the resources or the financial capacity that his more affluent peers had. He also would be the first in his family to navigate the college process.

Despite those challenging circumstances, Alexis was determined to make his dream a reality. He frequently reached out to Molly and his College Success mentors, asking questions about the college application process and financial aid, as well as brainstorming ideas about potential schools and what classes to take. He never hesitated, and still doesn’t, to look to Summer Search as a solid foundation and place for support, no matter where he is in his life. 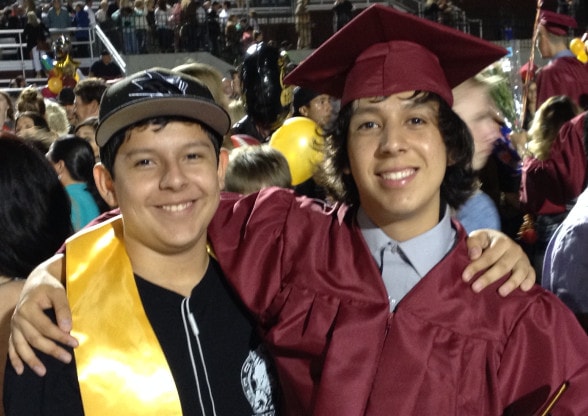 Now a freshman at UC Santa Cruz, Alexis is one step closer to his lifelong dream of being a college-educated engineer. As a Latino male from a rural community in Napa, California, he strives to be a game changer — to give back and be a role model and leader not only for his little brother, but for his neighborhood and community.

Alexis’s Summer Search story will be featured in the 50 Fund’s upcoming Game Changers video, which will be released the week before the Super Bowl. Stay tuned for the full video, but for now, you can watch an exclusive preview here: