Today is International Women’s Day, a global celebration of the social, economic, cultural, and political achievements of women, and also represents a call to action for accelerating gender parity.

In celebration of this day, luxury artisan jewelry brand John Hardy announced the launch of a social campaign featuring a roster of fifteen women chosen for being catalysts of positive social change, leading by example, and living their values.

One of these notable female icons is fashion model and Summer Search Seattle alumna Ebonee Davis! 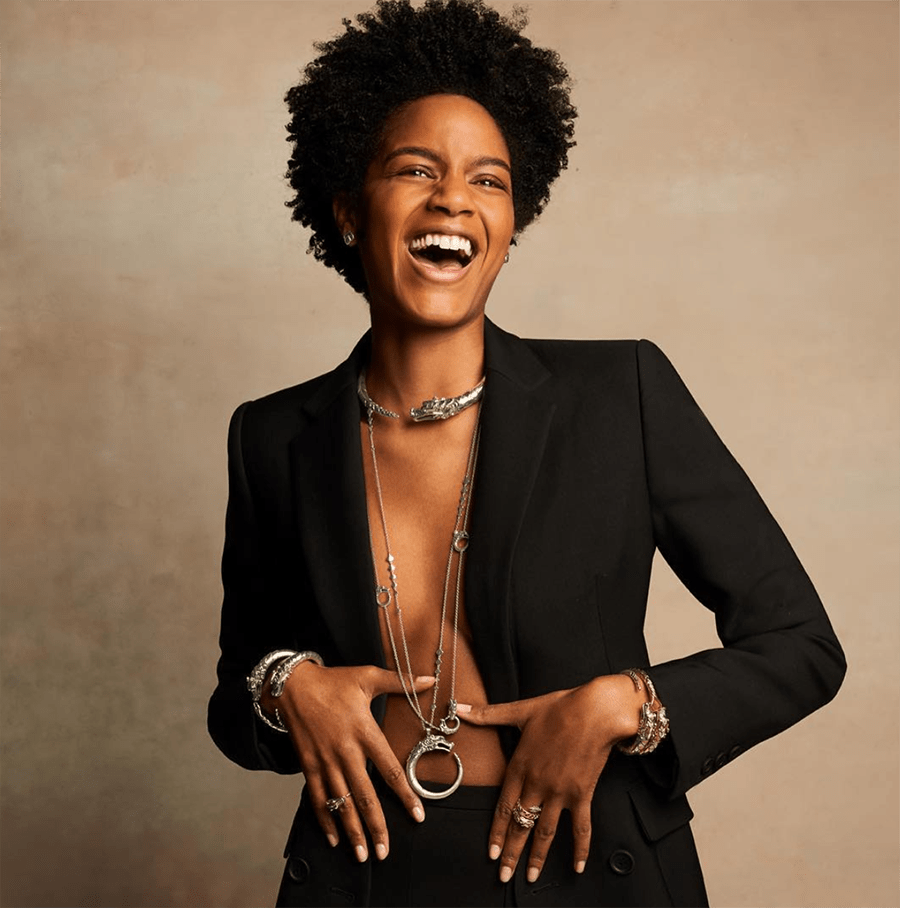 Ebonee has been using her platform in the fashion industry to speak up against racial injustice and to spur change. Her impact has been covered by Vogue magazine, featured in a TEDx Talk, and can also be found on her inspiring Twitter feed.

“The Naga Dragon is a symbol of strength and protection in Balinese folklore,” explains Barden. “It’s an iconic symbol for our brand and a natural fit for International Women’s Day this year. Women like Ebonee and Adwoa [Aboah] are taking a powerful stance in protecting and elevating each other.” #DragonWomen

In support of these women and their causes, John Hardy is making donations in their name to charities that support women, as well as giving a portion of sales that take place on March 8 in retail boutiques and online at johnhardy.com.

We are incredibly grateful to announce that, thanks to Ebonee, Summer Search is one of the five organizations to receive donations from this campaign! The others are Gurls Talk, Adwoa Aboah’s social campaign for opening-up about body positivity and mental health; Girls Who Code, working to close the gender gap in technology; She Should Run, a nonpartisan organization encouraging more women to run for office; and WEDO, policy-focused support for women’s rights and environmental justice.

“Summer Search serves students who have the desire and potential to graduate college, but who may not be able to due to under-resourced environments and oppressive systems that promote negative attitudes and beliefs about themselves and their belonging in an academic environment,” Ebonee shared in a post on her Instagram. “I was a Summer Search student in high school. They helped me get a passport, gave me travel opportunities, assisted me with college applications and provided mentorship at a time when things at home seemed to be falling apart.”

One of those travel opportunities was a service trip to the Dominican Republic, where Ebonee helped rebuild a community center that had been destroyed by a tropical storm. She credits that experience for helping shift her perspective on life and making volunteer work something very important to her.

She continued: “From the beginning of my modeling career, I’ve had the desire to give back to this program that gave me so much and ultimately changed the trajectory of my life and I finally got the chance!

“In the words of Toni Morrison, ‘when you get these jobs that you have been so brilliantly trained for, just remember that your real job is that if you are free, you need to free somebody else. If you have some power, then your job is to empower somebody else.’ REAL LEADERS CREATE MORE LEADERS.” 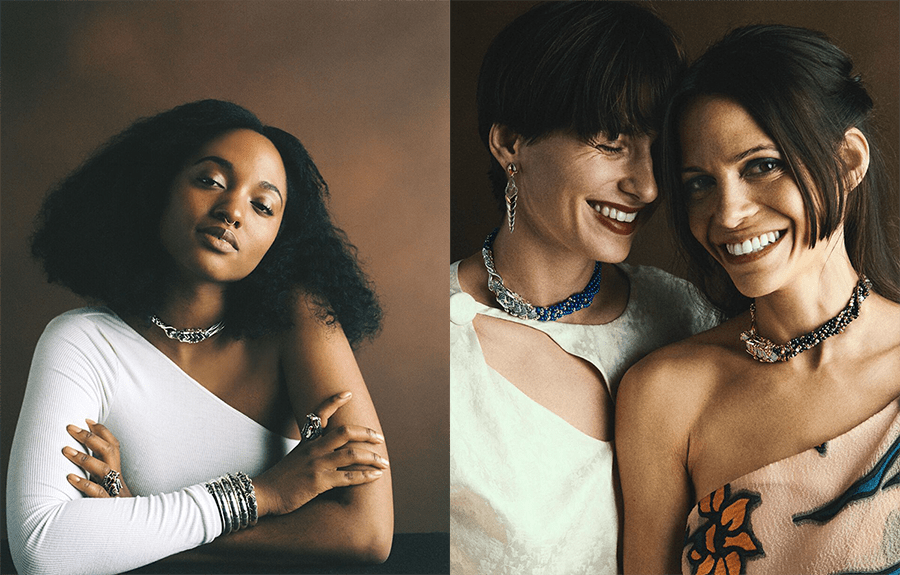 “I chose Summer Search because I think everyone should have the right to a great education no matter where they come from and get the support they need,” explained Gabrielle. “I’m so excited for the next generation of scholars, artists, scientists, and doctors who were able to have these opportunities because of this program!”

For Angelica, she chose Summer Search because she grew up in a family of artists whose openness supported the idea that every person should have the opportunity to be exposed to learning in any place without judgment or bias.

We are so grateful to Ebonee, Angelica, Gabrielle, and John Hardy for their generosity and for creating such a beautiful and inspiring campaign to showcase these powerful female voices.

Ebonee Davis Teams Up with John Hardy, via The Lions »